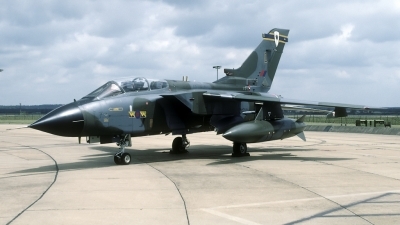 The reconnaissance version of the Tornado GR.1 for the RAF. Sixteen GR.1's were modified to GR.1A and fourteen new-built GR.1A's have been built. The two 27mm guns have been removed to make room for the recce equipment.

The foundation for this system is the TIRSS (Tornado Infra Red Reconnaissance System).

The RAF Tornado GR.1A's have no specific defence-suppression capability, but may revert to a secondary attack role with all weapons except WE177B nuclear bombs and internal cannon. They were the first reconnaissance aircraft to dispense completely with traditional film and rely entirely on video. A Vinten 4000 infra-red linescan is mounted in a blister fairing beneath the forward fuselage, giving 180deg coverage. Since details near the horizon are indistinct on its wide-angle presentation, a BAe SLIR (Side Looking Infra Red) sensor with a 10deg field is mounted in each side of the fuselage to cover this area. The system is optimized for ultra-low-level operations under cover of darkness, requires no illumination and is self-stabilising up to an aircraft banking angle of 30deg. 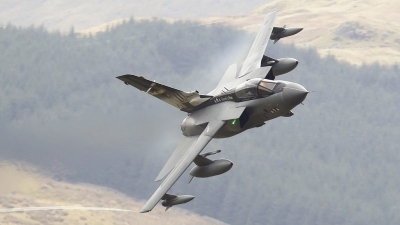 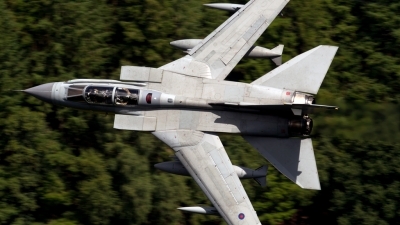 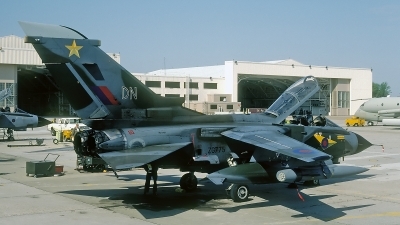 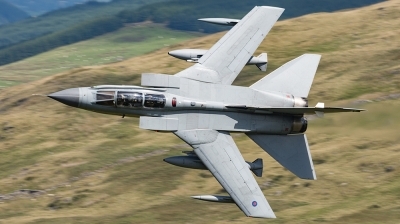 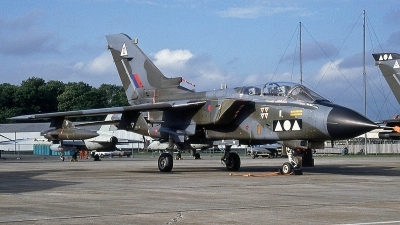 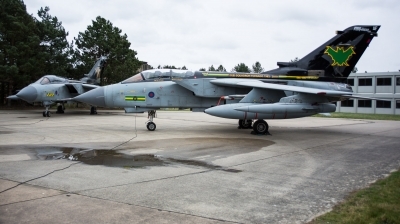