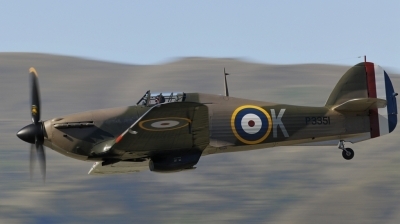 On 23 October 1935 the Hurricane prototype, serial K5083, was transported from the Hawkers Kingston works to Brooklands for final assembly and test flying. Nearly two weeks later, On 6 November 1935, Flight Lieutenant P.W.S. 'George' Bulman made the first flight in the RAF's new monoplane fighter. The prototype had the new 1,000 hp Rolls Royce Merlin 'C' (later: Merlin I) engine, developed from the 600 hp Rolls Royce Kestrel fitted. Within four months the prototype Hurricane commenced service handling trials at the Aeroplane and Armament Experimental Establishment (A&AEE) at RAF Martlesham Heath near Ipswich. Despite considerable troubles with the new engine, confidence in the Hurricane mounted, resulting in March 1936 in an order for 600 aircraft. These aircraft were to be fitted with the Merlin II. On 12 October 1937, the first production Hurricane took to the air. In November 1937 the first Hurricanes were delivered to the first operational unit, No.111 Squadron at RAF Northolt. Soon No.3 Squadron at RAF Biggin Hill and No.56 Squadron at RAF North Weald followed in March and April 1938 respectively. At the start of the Second World War on 3 September 1939, Hawker had delivered nearly 500 Hurricanes. At the time the RAF had eighteen squadrons equipped with the Hurricane, but only fourteen had gained full operational status. With the German invasion of the Low Countries and France, four Hurricane units Nos. 1, 73, 85 and 87 Squadrons) were sent to France.

In October 1939 the first Gloster-built Hurricane I took to the air, and in early 1940, the first Canadian-built Hurricane (a Mk.1 with Rolls Royce Merlin III) made her first flight. The first Hurricanes from Canada started to arrive in the United Kingdom in June 1940.

Belgium
Twenty Hurricanes were ordered in March 1939, with the first three aircraft delivered the following month. All aircraft were delivered by the time the German invasion of the Low Countries commenced. An agreement for licence production had been secured by Avions Fairey at Gosselies for a further 80 aircraft. The first of these was completed in December 1939, but by 10 May 1940, only around twenty had been produced.

Canada
In 1938 twenty Hurricanes from the Kingston production line, destined for the RAF were diverted and shipped to Canada. They received RCAF serial numbers 310 to 329. The first five Hurricanes arrived in Canada in October 1938. At the same time an agreement was reached for licence production by the Canadian Car & Foundry of Montreal. Hawker supplied another Mk.I (L1848) to serve as a pattern aircraft.
In total 140 Canadian Hurricane Is (with Rolls Royce Merlin II and III) were produced. A further batch of 340 aircraft, originally ordered as Mk.1 were re-designated Mk.X, as these aircraft were fitted with the Packard -built Merlin 28. These aircraft were delivered between March 1941 and May 1942.

Finland
Twelve Hurricane I aircraft delivered, shortly after the attack by the Sovjet Union.

Ireland
In 1942, Canadian-built Mk.1 P5176, force-landed in Ireland and was repaired and repainted in Irish Air Corps colours with serial '93'. Soon another two followed. These Hurricanes, serialled '94' and '95' were later returned to the UK in exchange for three earlier production Mk.1s. In 1943 a fourth Mk.1 was delivered, followed by a further seven Mk.1s as well as six Mk.IICs.

Persia (Iran)
Two ex-RAF Hurricane Is, out of a total order for eighteen aircraft, were despatched to the Middle East country before hostilities commenced. During the war however, at least ten Hurricanes were transferred to the Persian Air Force. It remains unclear if these were Mk.1s. In 1946-47 the country purchased sixteen Mk.IIc Hurricanes.

Poland
Only one aircraft had been ordered for evaluation purposed by the Polish Air Force. This Hurricane was shipped to Poland in August 1939. Days after the German invasion in early September 1939, another nine Hurricanes were sent to Poland. The fate of these aircraft is unknown.

Romania
In November 1938 a contract was signed to release 12 RAF Hurricanes from the production line. They were delivered just before the outbreak of the war.

South Africa
Seven ex- RAF Hurricanes were shipped to Cape Town in November 1938 and delivered to No.1 Squadron, SAAF.

Turkey
Fifteen Hurricanes were delivered during the first months of the war, shortly after the country was attacked by the Sovjet Union. Some sources state only twelve aircraft were received by the Turkish.


United Kingdom
By far the largest operator of the Hurricane I was the Royal Air Force. During the Battle of Britain, between the 10th July and 31st October 1940, the average strength of RAF Fighter Command was stated as 1,326 Hurricanes (compared to only 957 Spitfires).

Yugoslavia
An order for twelve Hurricanes I had been placed with Hawker in 1938. The first two were delivered on 15 December of that year. In February 1940 the delivery of a second batch started and at this time a licence agreement for the production of Hurricanes by the PSFAZ Rogozarski factory was signed.
When the German invasion of the Balkans started, the Yugoslav Air Force possessed a total of 38 Hurricane Is, of which about 15 were licence-built aircraft.

Random great photos of the Hawker Hurricane I: 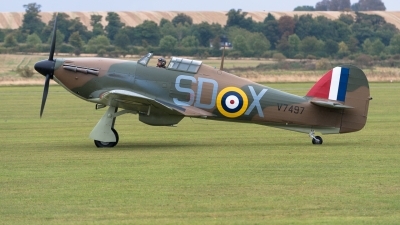 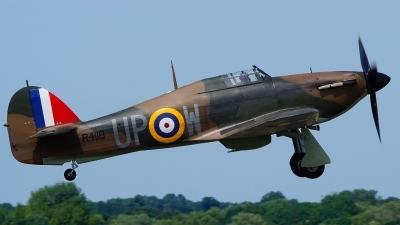 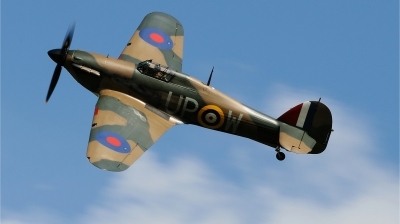 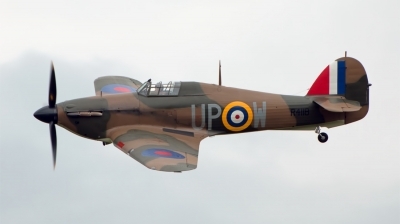 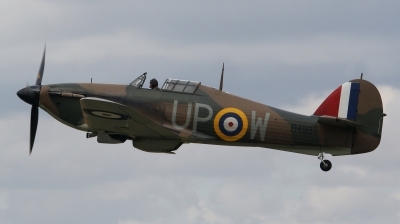 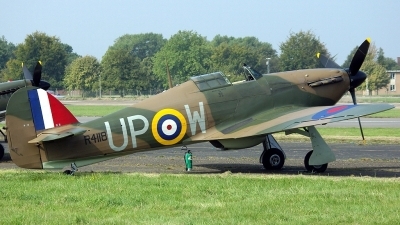