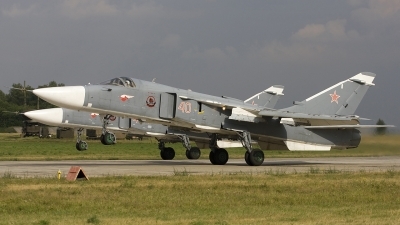 The Sukhoi Su-24M, NATO reporting-name Fencer-D, is the second interation of the seventies-vintage Su-24. The biggest distinction is the additional of the inflight refueling probe, centerline, in front of the cockpit and the single-point nose probe. Russia's first digital navigation and attack suite was put to service in the Su-24, very similar to the USAF's "Pave Tack" system for the F-111.

Fencers have seen combat in Afghanistan, Chechnya, North Africa and possibly, in Angola. Export versions of the Su-24M were designated Su-24MK and supplied to primarily middle-eastern clients. In the 1990's Su-24M's started an upgrade program to enable them to continue front-line service into the 21st Century. Upgraded aircraft can carry the latest air-to-air missiles and are designated Su-24M2. 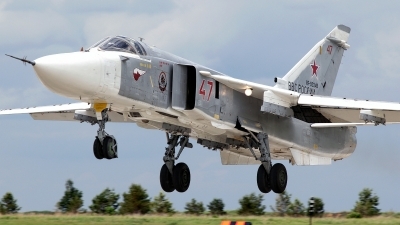 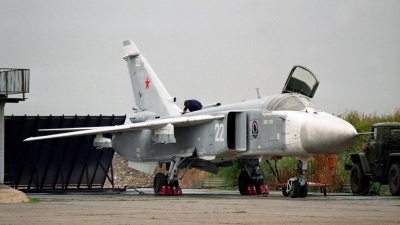 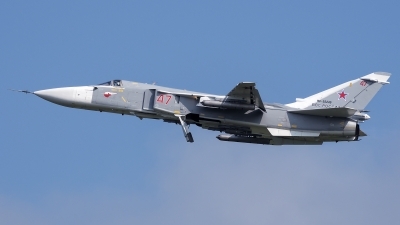 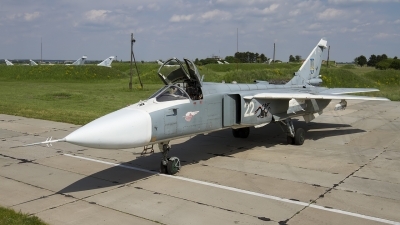 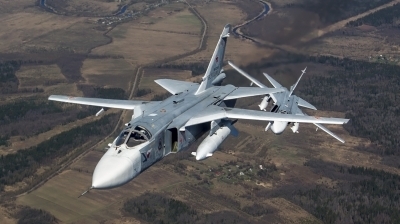 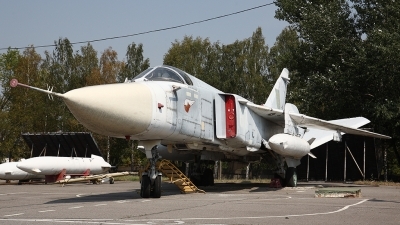