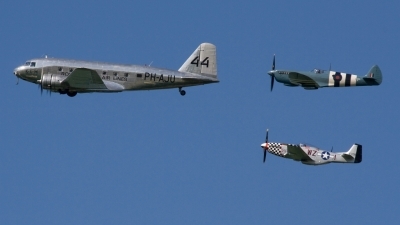 The Spitfire PR.XI was the photo reconnaissance variant of the F.IX. Such was the need for replacement of the war-weary PR.IV Spitfires, that No. 1 Photo Reconnaissance Unit (1 PRU) at RAF Benson, converted fifteen F.IX aircraft, beginning with BS497 in October 1942. The aircraft had all armament removed and camera equipment installed. These aircraft were known as the PR.IX. The installation of leading edge fuel tanks, as in the PR.IV, was beyond the PRU's capability and was initially to be done by Heston Aircraft, but in the end conversion and the installation and sealing of the additional wing fuel tanks was completed by Supermarine. The PR.IX conversions had Type number 374 allocated by Supermarine, whilst the new PR.XI were Type 365. Around 36 aircraft were converted to PR.IX before production of the PR.XI commenced.

The Type 374 PR.IX were powered by Merlin 61, 63 or 63A engines, had a fixed tail wheel and retained their original rounded fin/rudder.

The PR.XI had a broader, and more pointed rudder than the PR.IX adding 4½ inch (11,5 cm) to the aircraft's length.
Internal fuel capacity: 48 + 37 Imp gallons in upper and lower fuselage tanks, with 133 Imp gallons in the wing leading edge tanks: total 218 Imp gallons.
The PR.XI had provision to carry an additional 90 Imp gallon overload tank. A 170 Imp gallon ferry tank could also be fitted, giving the PR.XI a range of 2,301 miles (3,703 km).

The universal camera installation introduced the possibility of a quick change of camera combinations.
Two F 52 36inch cameras in the rear fuselage vertically fanned 5°-20' to port and starboard of the centreline and staggered to each other on the centreline.
Other combinations were: two F 8 20inch or F 52 20 inch vertical cameras or two vertical F 24s and one oblique F 24 14inch facing to port (as seen on PL983/G-PRXI of ARCo, Duxford).

Some PR.XIs later in service could also carry two F 24 5inch cameras, one in each wing, mounted in small blisters. 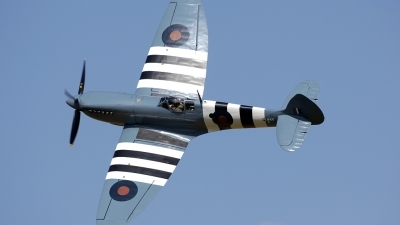 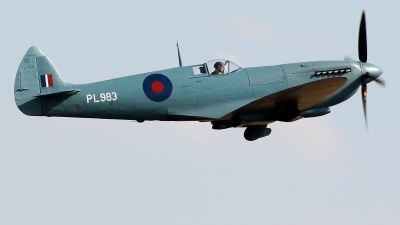 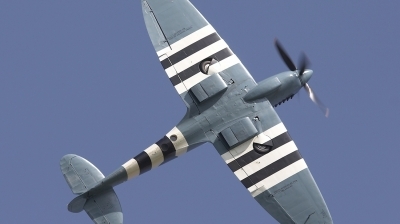 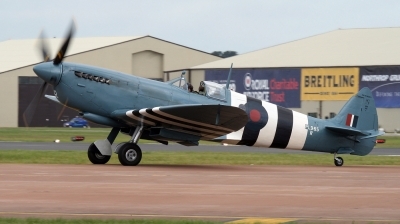 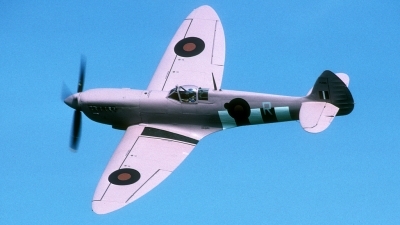