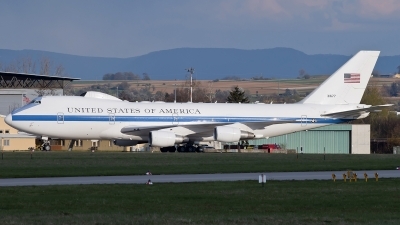 The Boeing E-4B and its predecessor, the E-4A, is a militarized version of the civilian Boeing 747-200B platform: a four-engined, long-range, high-altitude, swept-wing aircraft capable of being refueled in-flight. The main deck consists of six areas: a command work area, conference room, briefing room, an operations team work area, communications area and rest area, and seating for up to 112 crew of various teams ranging from flight crew, maintenance, security, communications, and mission personnel.

The E-4B is protected against the effects of electromagnetic pulse and has an electrical system designed to support advanced electronics and a wide variety of communications equipment. An advanced satellite communications system provides worldwide communication for senior leaders through the airborne operations center. Other improvements include nuclear and thermal effects shielding, acoustic control, an improved technical control facility and an upgraded air-conditioning system for cooling electrical components.

To provide direct support to the President, the Secretary of Defense, and the JCS, at least one E-4B NAOC is always on 24-hour alert, 7-days a week, with a global watch team at one of many selected bases throughout the world.

In addition to its national and NC2 mission, the E-4B provides support to the Federal Emergency Management Agency, which provides communications and command center capability to relief efforts following natural disasters, such as hurricanes and earthquakes.

The E-4B evolved from the E-4A, which had been in service since late 1974. The first B model was delivered to the Air Force in January 1980, and by 1985 all aircraft were converted to B models. All E-4B aircraft are assigned to the 595th Command and Control Group at Offutt Air Force Base, Nebraska 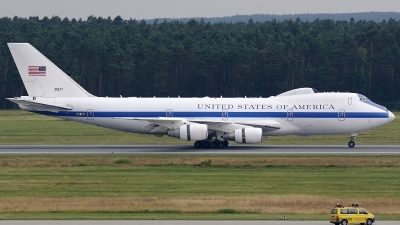 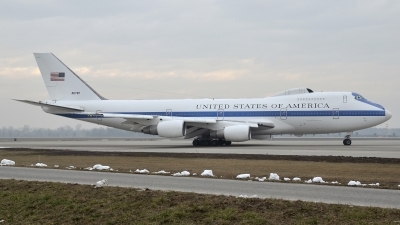 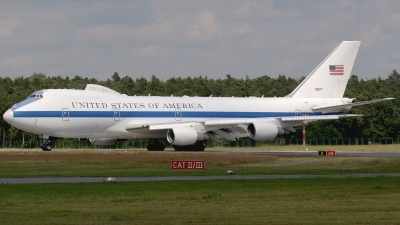 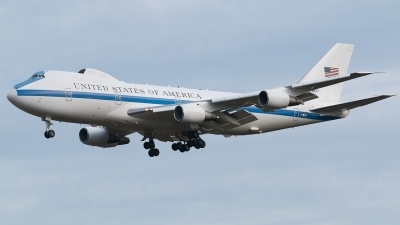 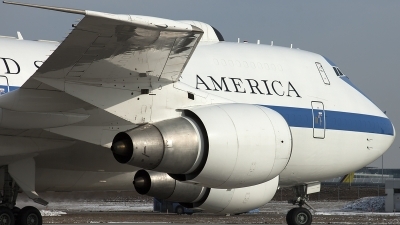 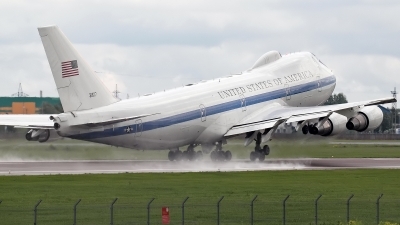