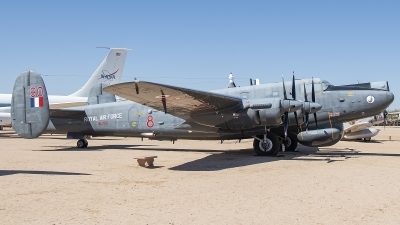 In the early 1960s, the RAF had issued requirements for a land-based AEW aircraft to supplement its air defence radar network. When, in February 1965, the government cancelled all aircraft carrier development, the task to provide cover for British naval forces in the Atlantic, once the remaining Royal Navy carriers were retired, also fell on the RAF's shoulders.
With the decommissioning of HMS Ark Royal in November 1978, the navy finally lost her AEW-capability as the No.849 Squadron Gannets were also withdrawn from use. The development of the Boeing E-3A AWACS in the early 1970's seemed a bridge too far for the UK government. With no prospect of a home-grown AWAC becoming operational, it was therefore decided, as an interim solution, to install the Gannet AN/APS radars in the Shackleton. As the latest Mk.3 aircraft had their fatigue life seriously reduced by heavy-weight operations, the MR.2 was chosen for conversion to AEW.2 standard.
Twelve surplus MR.2 Phase III re-sparred airframes were selected, with WL745 to become the prototype. This Shackleton was delivered to Woodford on 18 March 1970, for initial assessment of the proposed Modification 1493. Soon work started on stripping the Shackleton's interior and removal of the ASV Mk.21 installation. For the fitment of the AN/APS 20(I) the bomb-bay had to be shortened. Other modifications included the fitting of the Orange Harvest, a wide-band ESM/ECM radar warning system and an RT-261A APX7 IFF interrogator/transponder. The communications set comprised two Plessey PTR 175 VHF and UHF sets, two ARC52 UHF sets and two Collins 618T SSB HF-radio sets. In the cabin a new arrangement for the tactical crew stations was installed: three radar positions were situated along the port side aft of the main spar. In the middle position was the TACO, the tactical co-ordinator, who was 'intercept control' qualified. The radar team consited further of another controller and three operators. The four crew on the flight deck, pilot and co-pilot, a flight engineer and a navigator completed the nine man crew.

With the modifications completed, WL745 made her maiden flight as an AEW.2 on 30 September 1971, still in her former MR.2 c/s and code 'O' of the Ballykelly Wing. In March 1973 WL745 returned to HSA at Bitteswell for completion to production standard. After repainting at 5 MU at Kemble, WL745 arrived at RAF Lossiemouth on 17 September 1973 to join No.8 Squadron. As part of No.11 Group, the squadron was tasked with searching and identifying aircraft approaching UK air space. The Shackletons continued to do so until their replacement by the Boeing E-3D Sentry AEW.1 aircraft in 1991. No.8 Squadron is based at RAF Waddington.

None
Switch to Imperial units 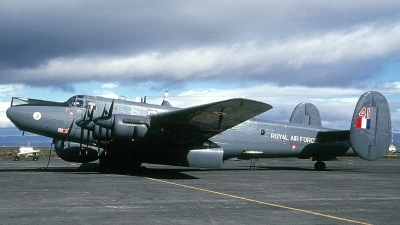 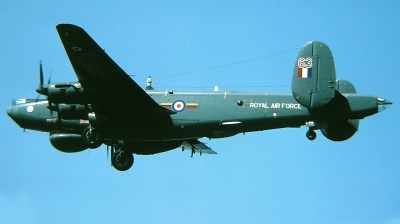 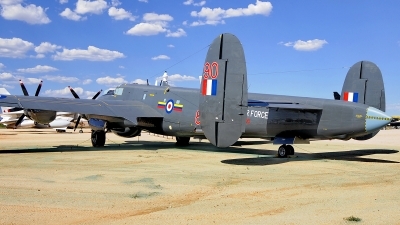 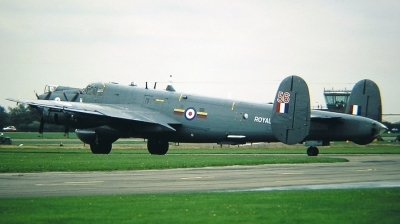 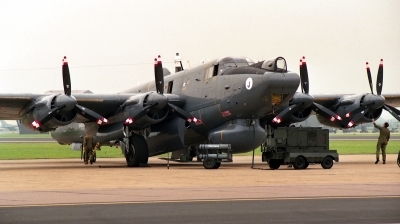 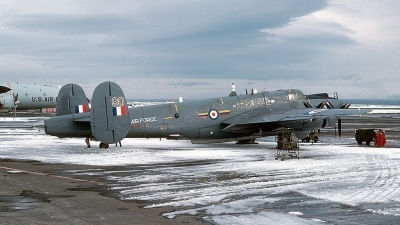