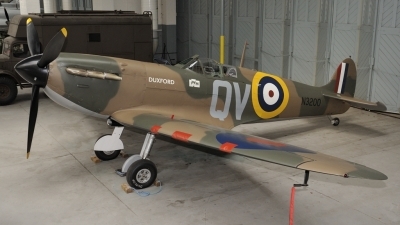 The Supermarine Spitfire, together with the Hawker Hurricane, formed the backbone of Britain's air defence at the outbreak of World War Two.

On 14 May, 1938, Supermarine's pilot Jeffrey Quill made the first flight with the first production Spitfire Mark I, serial K9787, from Eastleigh aerodrome, Southampton.
Soon after official handling trials at the A&AEE Martlesham Heath, K9787 joined No. 19 Squadron at RAF Duxford on 29 July, 1938. By the end of that year, Nos. 19 and 66 Squadrons had completed their conversion to the Spitfire. By the time war was declared on 3 September 1939, the Royal Air Force had nine Spitfire Squadrons. 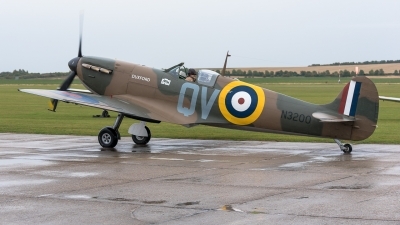 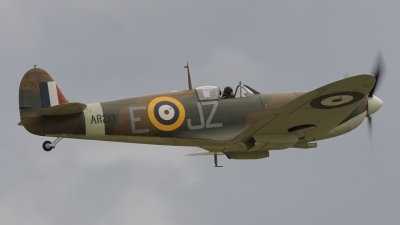 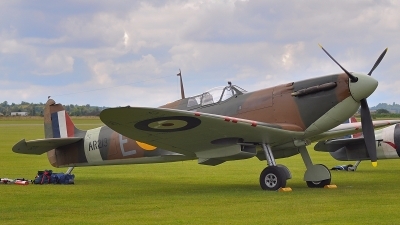 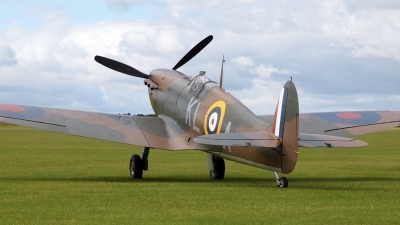 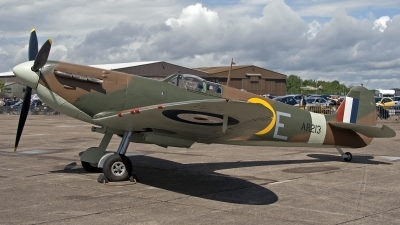 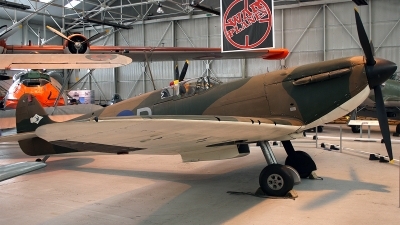