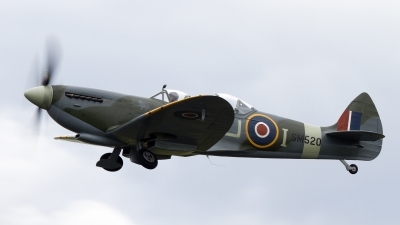 Not until 1941, some thought was given to a conversion trainer based on the Spitfire. Although there had been some 'in-field' conversions, like Spitfire V ES127 of No. 4 Squadron, SAAF in Sicily, there seemed to be no urgent need.
This was to change in the immediate post-war period. Despite large numbers of surplus Mark IX aircraft, Vickers opted for the Mk.VIII airframe as basis for their first prototype, the Spitfire 502 Tr.8. This aircraft, N32/G-AIDN, (ex RAF serial MT818), made her first flight on 9 September 1946. This aircraft is still in airworthy condition and operates out of Biggin Hill.

In 1947 India and the Netherlands bought ten and three aircraft respectively for their air arms.


In April 1950, the air force of Egypt took delivery of one IX conversion.

The two-seat T.IX carried no armament, although the option existed to install two 20mm Hispano cannon (120 rounds per cannon) and four .303 brownings with 350 rounds per gun.
Switch to Metric units 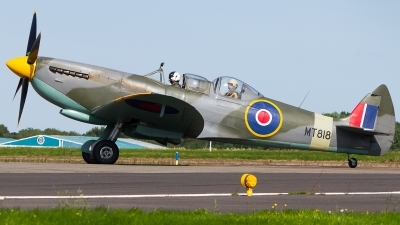 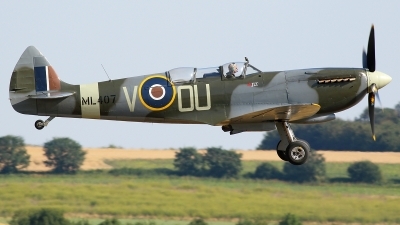 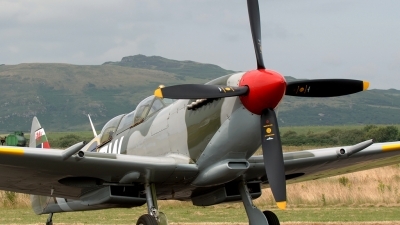 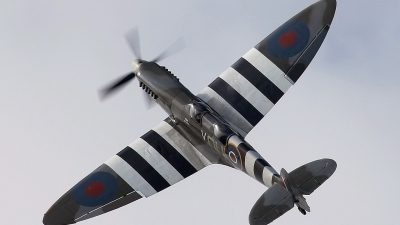 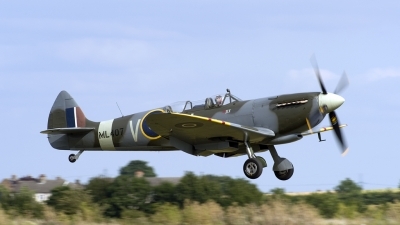 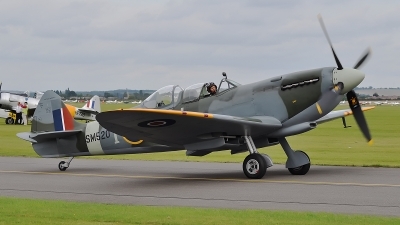