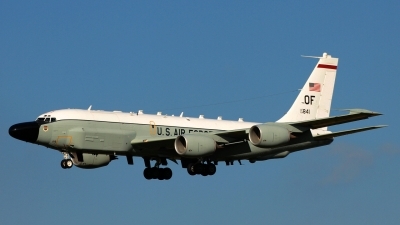 The RC-135V is the USAF's standard airborne SIGINT platform. Missions flown by the RC-135s are designated either Burning Wind or Misty Wind. Its sensor suite allows the mission crew to detect, identify and geolocate signals throughout the electromagnetic spectrum. The mission crew can then forward gathered information in a variety of formats to a wide range of consumers via Rivet Joint's extensive communications suite. The crew consists of the cockpit crew, electronic warfare officers, intelligence operators, and airborne systems maintenance personnel. All Rivet Joint airframe and mission systems modifications are performed by L-3 Communications in Greenville, Texas, under the oversight of the Air Force Materiel Command.

All RC-135s are assigned to Air Combat Command. The RC-135 is permanently based at Offutt Air Force Base, Nebraska, and operated by the 55th Wing, using various forward deployment locations worldwide.

Under the "BIG SAFARI" program name, RC-135Vs were upgraded from the RC-135C "Big Team" configuration. RC-135Ws were originally delivered as C-135B transports, and most were modified from RC-135Ms. This is the only difference between the V and W variants; both carry the same mission equipment. For many years, the RC-135V could be identified by the four large disc-capped MUSSELS antennas forward, four somewhat smaller blade antennae aft and a myriad of smaller underside antennas. Baseline 8 Rivet Joints (in the 2000s) introduced the first major change to the external RC-135V configuration replacing the MUSSELS antennas with plain blade antennas. The configuration of smaller underside antennas was also changed significantly. 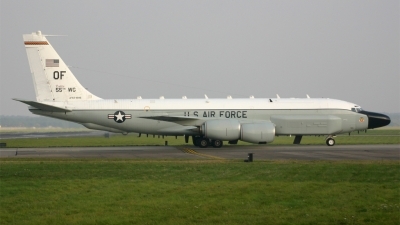 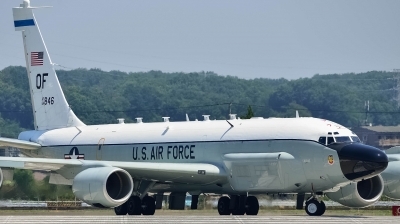 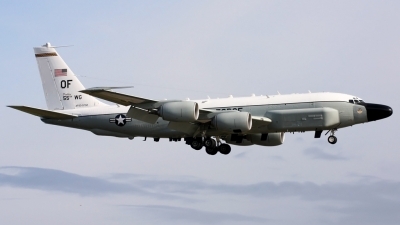 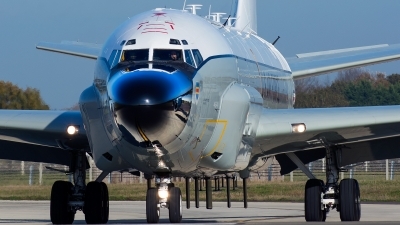 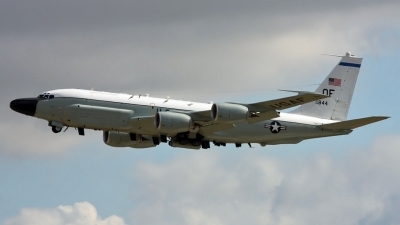