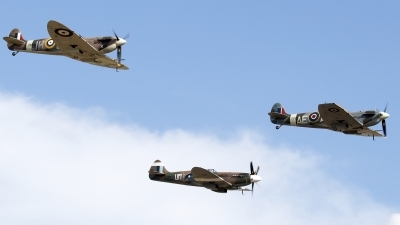 With the introduction of the Merlin 45 in December 1940, a number of Spitfire Mk.I and II airframes were fitted with this more potent engine. Without the need for extensive modifications, the Merlin 45 could be fitted to airframes already on the production line. This Merlin 45 version became the Type 331 Spitfire Mk.V.
The first aircraft went to No. 92 Squadron in February 1941. As would become evident in combat, the Va's armament of eight Brownings was no match to the opponent cannon-armed Bf 109s and later the Fw 190s, so the Mk.Va production was halted after only 94 aircraft.
The Spitfire Mk.Vb, with two 20mm Hispano cannon and four Brownings, entered squadron service soon after.

The Battle of Britain Memorial Flight at RAF Coningsby has Spitfire Vb AB910 on strength. The aircraft proudly wears the colours of BM327 'SH-F' of No.64 Squadron, RAF. This aircraft saw action over the invasion beaches in Normandy on 6 June, 1944. BM327 was flown that day by F/L Tony Cooper. 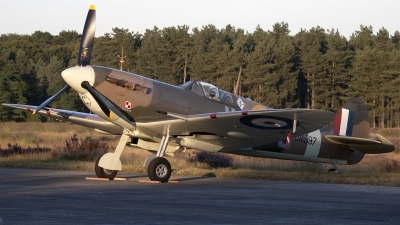 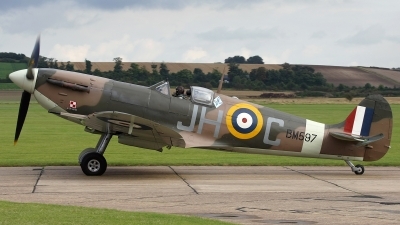 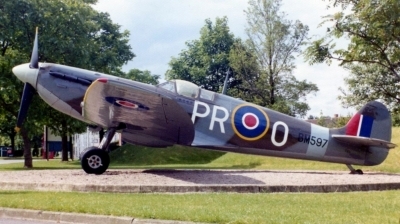 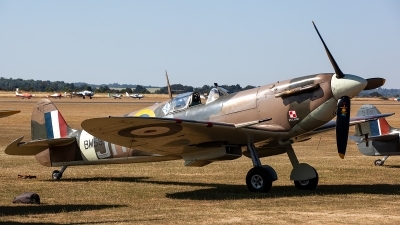 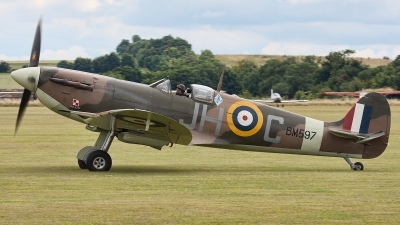 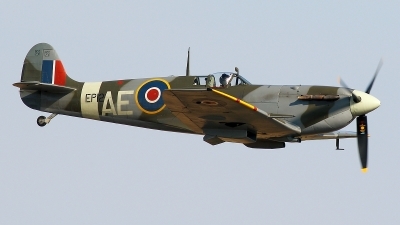