Photos and a report from the Spotterday at Neuburg.

After a while JG74 held a Spotterday on August, 29th 2013 at Neuburg. Being busy with the introduction of the Eurofighter in the recent years, the last open days have been held for the farewell of the F-4F Phantom II in 2008 and in 2011 an event took place to celebrate the Wing's 50th anniversary. It was a great example to show how much can done to please the enthusiasts without taking the full approach to organize a fully-blown-up Airshow.

This year's "Spotterday", as open doors are now commonly called in the Luftwaffe, was at first hand restricted to 400 people by registration only, but actually it was open to anyone and interested people could still apply for access at the gate. In the end the total number of visitors was estimated at approximately 700-800, which is not so bad regarding that it was a regular weekday and promotion was first and foremost only via Luftwaffe's website – and subsequently obvisouly via numerous online communities.

So the local population and enthusiasts from as far as Italy or France came to Neuburg and used the chance to get "on base" that Thursday afternoon to get some nice photos of JG74's Eurofighters. With the restrictions of Airshow flying displays in Germany only normal operational flyings had been announced beforehand.

Of this there was however plenty during the afternoon: 3 times the two QRA aircraft flew and 2 times a wave of four aircraft went airborne. The latter ones also did plenty of touc-and-goes before their final landing, giving great opportunities to get some nice photos of Eurofighters in the air, during touch-down with the airbrake deployed, or banking hard to the left after a touch-and-go, the favourite manoeuver for the photographers.

Of course JG74s new pride, their Tiger Jet Eurofighter 30+29, took part in the flying as well and was afterwards put in the static display to complete the assembly of several other special-painted aircraft. Among them were the "Arctic Tiger" Tornado of AG51, the Czech Tiger Gripen as well as two pairs of F-16s from Belgium (again including a tiger jet) and the Netherlands, all special schemes. Even though not being a full NATO Tiger member jet, the contacts obviously already pay off that other nations accept the invitation for such an event. 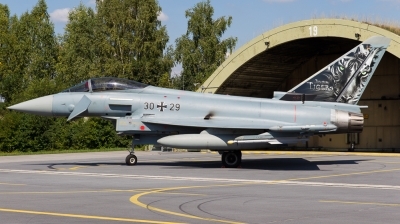 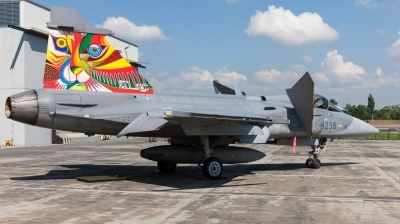 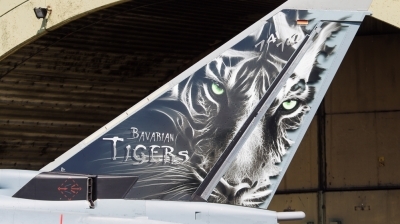 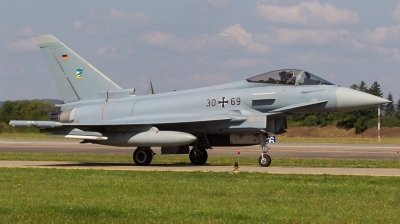 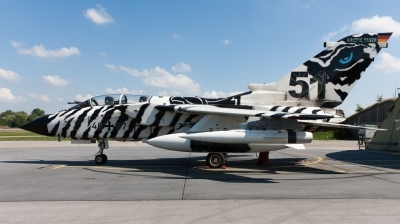 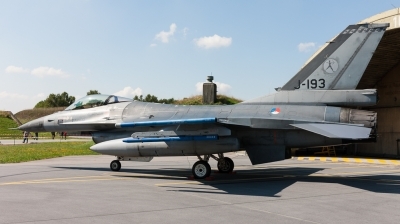 Apart from the international visitors JG74 placed the now preserved Phantom 38+10 and a Eurofighter twin-seater fitted with an AMRAAM missile in the static display and a CH-53GS helicopter completed the ground exhibition. The latter one came from Hubschraubergeschwader 64 (HSG 64) based at Laupheim and wore a “Mazar-E Sharif” patch as well as ISAF markings, in addition to sand filters and an extensive self-protection suite; a clear sign of its service in Afghanistan. 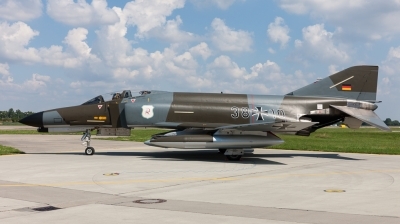 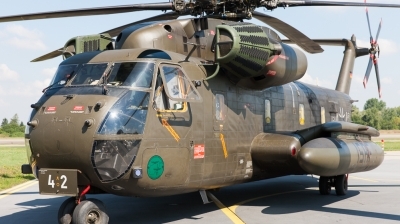 To conclude this excellent event the new special-painted Luftwaffe Tornado of JaboG33 from Büchel did two fly-bys, before most of the visiting aircraft left late in the afternoon – once again with some nice touch-and-goes and fly-bys. 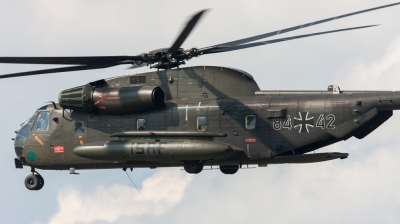 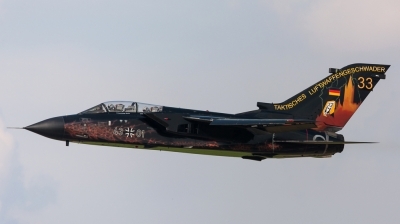 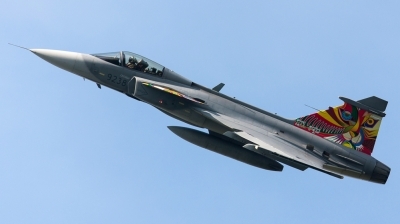 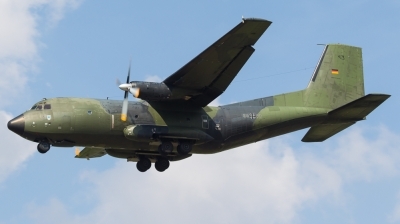 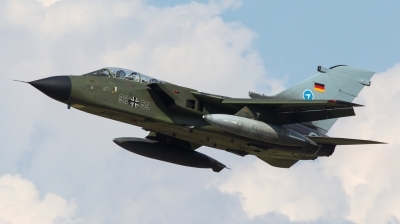 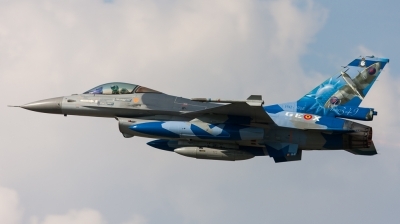 Although being only one afternoon short this spottersday at Neuburg was a great example of a simple, though very satisfying and effective set-up for the guests of JG74 that day and is an event hopefully to be continued.