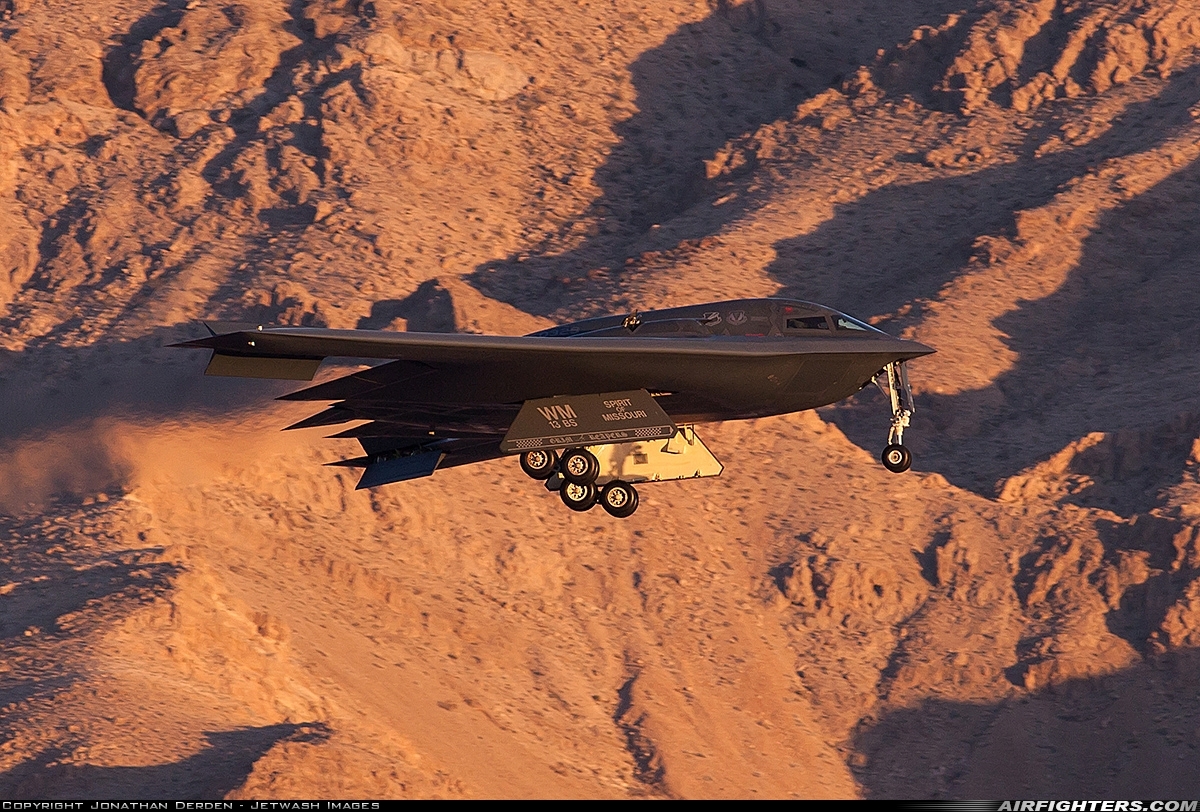 For the communities of Southern Nevada, the sights and sounds of military aircraft activity is practically a daily occurrence.  But from February 25 to March 15, 2013, that activity noticeably increased, as the United States Air Force (USAF) conducted exercise Red Flag 13-3, hosted at Nellis Air Force Base (AFB), Nevada.  During this 3-week exercise, as many as 125 aircraft launched twice daily.

Red Flag is a large-scale, advanced, realistic combat training exercise.  Typically held 4 times a year at Nellis, it is used to maximize the capabilities, combat readiness, and survivability of its participants.  A similar exercise, Red Flag-Alaska, is held in the state of Alaska and sponsored by the Pacific Air Forces.

Red Flag was established in 1975, as a response to a very low survival rate of U.S. pilots engaged in air to air combat missions during the Vietnam War.   Initially for USAF pilots, it has since grown to provide both the U.S. and its allies with more complex and dynamic training than ever before, with an important component of that training being large force integration, as well as strengthening the partnerships amongst all the participants.

The task of planning and controlling each Red Flag exercise falls under the responsibility of the 414th Combat Training Squadron (CTS), a non-flying unit based at Nellis.  The 414th CTS, which is a member of the 57th Wing (WG), provides realistic training in a combined air, ground, electronic, and space threat environment.   The 414th also modifies the combat scenarios in each exercise to meet certain mission profiles, and provides specialized training for specific participants.

The combat training for Red Flag is conducted on the vast bombing and gunnery ranges of the Nevada Test and Training Range (NTTR).  The NTTR offers more than 15,000 square miles of airspace and 4,700 square miles of restricted land.  Included in the range complex are mock airfields, military bases, vehicle convoys, and other ground targets, as well as radar installations and surface to air threats. 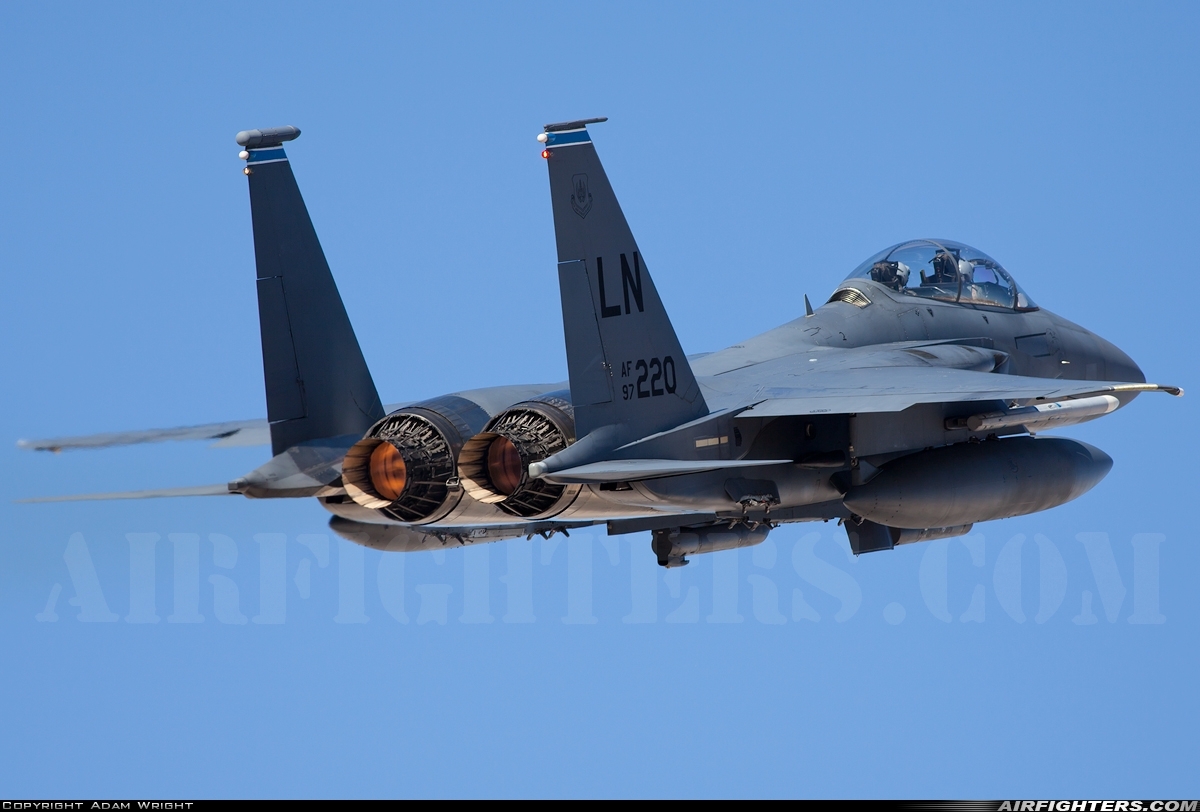 As important as the actual combat missions are to any Red Flag exercise, just as important are the extensive briefings prior to a mission and debriefings upon recovery of a mission.  Here mission commanders can plan the day’s mission objectives, as well as assess mission effectiveness and validate lessons learned.

A typical Red Flag exercise often includes participation by all four U.S. military services, their Guard and Reserve components, as well as the air forces of a variety of allied countries.  Also playing a big part are ground based Command and Control, Space, and Cyber forces.  Participating aircraft in Red Flag are separated into “Red” aggressor forces and “Blue” coalition forces, with each performing a different role or mission.   A “White” force represents a neutral controlling agency, and is tasked with managing the mock war and ensuring safety for all participants.

The Red force is made up of units from the 57th Adversary Tactics Group (ATG), which is also under the 57th WG.  Its mission is to provide a realistic, fully integrated threat array.  The flying units from the 57th ATG include F-16 Vipers of the 64th Aggressor Squadron (AGRS) and F-15 Eagles of the 65th AGRS, and are easily identified by their distinct camouflage paint schemes.  The pilots of these squadrons are specially trained to simulate the tactics of potential hostile air forces.   Surface to air threats, which are found throughout the NTTR, are provided by the 507th Air Defense Aggressor Squadron (ADAS).  The 507th ADAS, like the 414th CTS, is a non-flying unit. 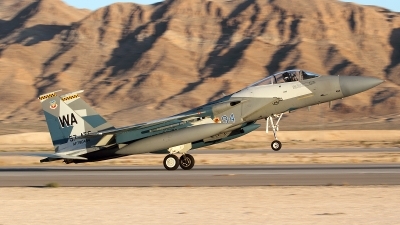 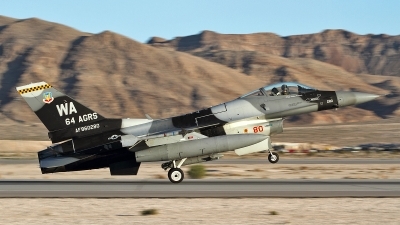 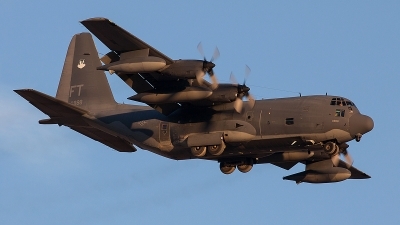 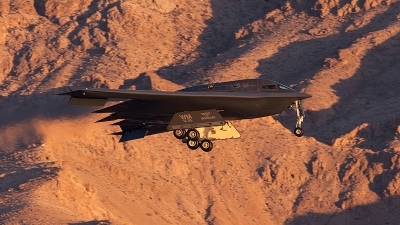 Most aircraft and personnel that deploy to Red Flag make up the Blue force.    The Blue force typically consists of an air expeditionary force, and is made up of aircraft flying many different roles.  These include Offensive Counter Air (OCA), Defensive Counter Air (DCA), Interdiction (INT), Command and Control (CC), Suppression of Enemy Air Defenses (SEAD), Combat Search and Rescue (CSAR), and Close Air Support (CAS).

Strike and Interdiction missions were flown by Royal Air Force (RAF) GR4 Tornados from 12(B) Squadron, F-15E Strike Eagles from the 492nd FS, F-16C Vipers from the 175th FS, with B-2 Stealth bombers from the 393rd Bomber Squadron providing a heavy stealth strike capability. 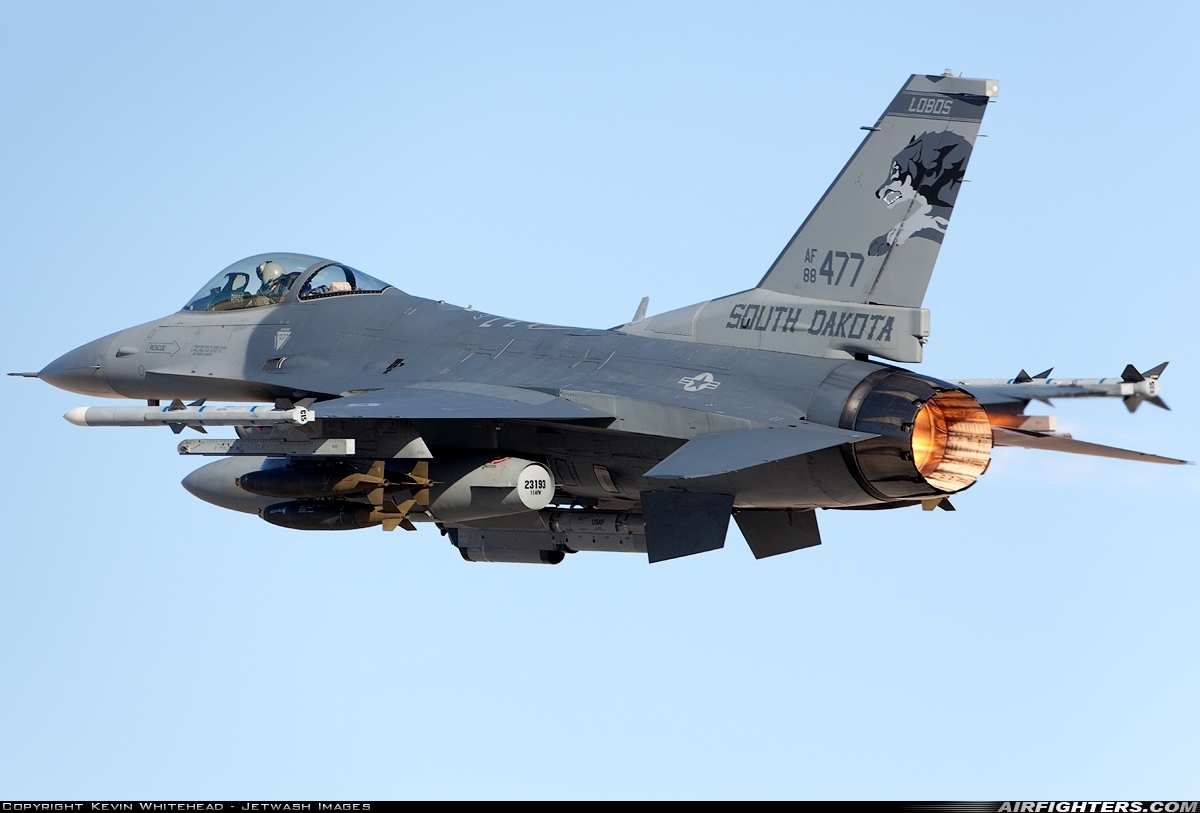 Important to any mission, is the CSAR role.  In this case, Nellis’ own 66th Rescue Squadron (RQS) flew their HH-60G Pave Hawk helicopters, with help from HC-130Js from the 79th RQS.

Tasked with the air refueling mission were KC-135Rs from the 77th and 91st Air Refueling Squadrons.

Operating primarily under the cloak of darkness were several different aircraft performing the Electronic Intelligence (ELINT) and Signals Intelligence (SIGINT) roles.  These included a USAF E-8 Joint STARS from the 16th Airborne Command and Control Squadron, a RC-135W Rivet Joint from the 343rd Reconnaissance Squadron, plus a USN EP-3E Aries II from Fleet Air Reconnaissance One.

Nine of the multi-role Typhoons from XI Squadron based at RAF Coningsby, attended Red Flag 13-3.  Although RAF Typhoons have visited Nellis AFB before, this is their first time as a participant in Red Flag.  Attending Red Flag 13-3 was part of a two-month deployment to the U.S for the aircraft, pilots, and personnel of XI Squadron, as well as members of I, III, VI, and XXIX Squadrons.  Also included in their two-month visit was a stop at Langley Air Force Base, Virginia.

The officers and airmen with the two participating RAAF E-7A aircraft are members of Number 2 Squadron Airborne Early Warning and Control (AEW&C), from Base Williamtown, in southeast Australia.  Although Wedgetails from Number 2 Squadron participated in Red Flag-Alaska in 2012, this was their first visit to Nellis’ version of Red Flag.  The E7-A’s airframe is based on the 737-700 airliner, with an obvious modification being the distinct “Top Hat” dorsal fin radar.  For Red Flag 13-3, the Wedgetail flew the AEW&C mission twice daily.

With the ever changing and more complex threats that present themselves to the U.S. and its allies, it can be assured that Red Flag missions will continue to evolve with those changes, and continue to give the countries that participate in Red Flag the best chance for survivability in combat for years to come.

The author would like to thank the 99th Air Base Wing Public Affairs team for their help with this article.