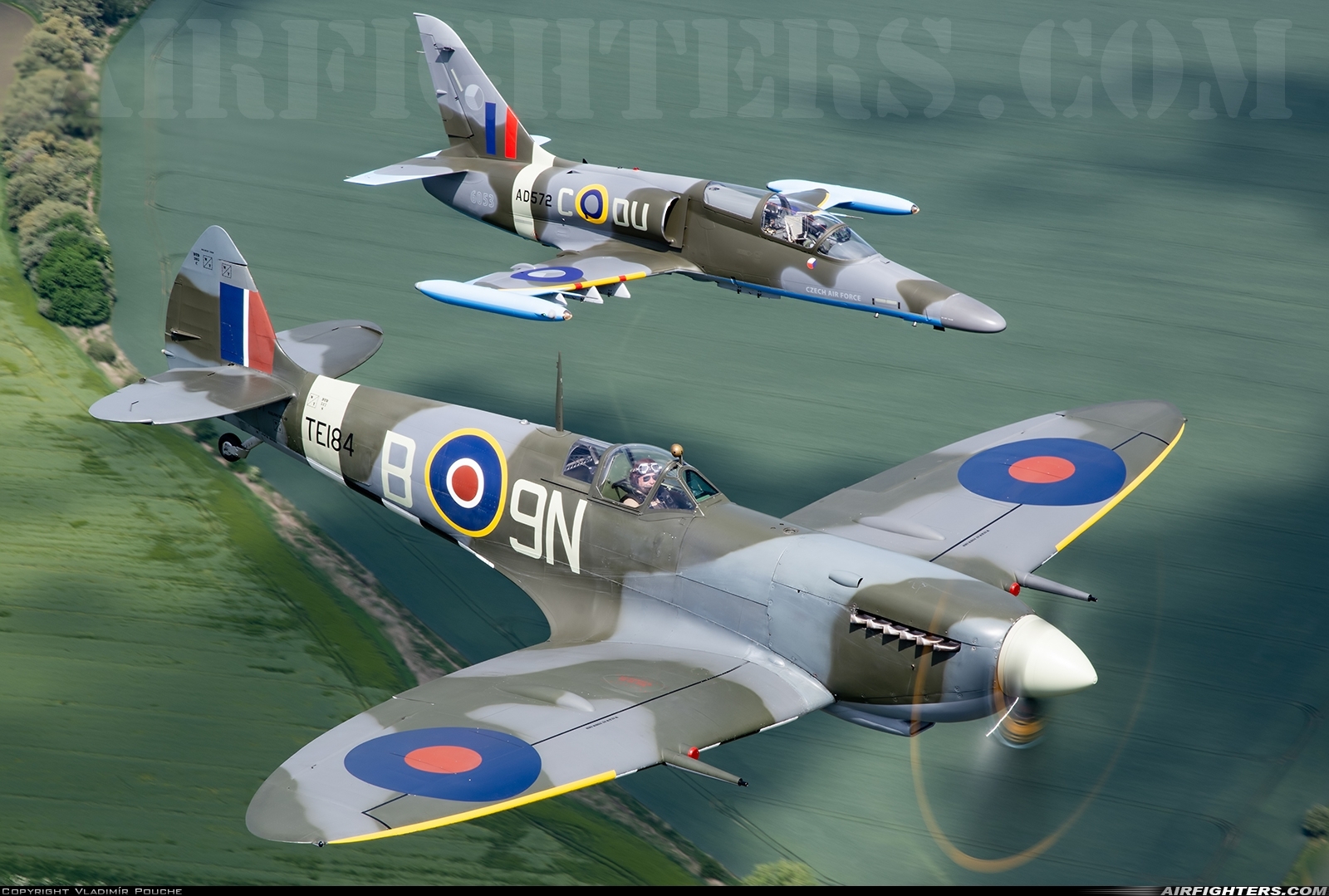 As the Rolls Royce Merlin engine was in great demand for various aircraft, a licence was granted to the Aircraft Engine Division of the Packard MotorCompany in Detroit, Michigan, to build the Merlin 66. Although the difference were slight (the Packard engines were built to metric measurements whereas the British Merlins conformed to Imperial measurements), the Packard Merlins were designated Merlin 266. In total Packard produced around 55,000 Merlin 266 engines.

The two-speed, two-stage supercharged Merlin 266 produced 1,580hp/1,179kW was rated to provide its best performance at lower altitudes, resulting in almost all Mark XVIs emerging from the production lines as LF.XVIs. Initially the Mark XVI was built at the same production at Castle Bromwich as the Mark IX, but later separate lines were established.

The first Mark XVI aircraft were produced in the late summer of 1944. These aircraft were visually identical to the Mark IXs of the same era. The Spitfire XVI gained operational status at RAF Coltishall in late October of 1944. In February 1945 production was switched to the low-back rear fuselage model with the all-round vision cockpit canopy and an enlarged chord pointed rudder. As the XVI was rated as a low-altitude fighter, most were built with the clipped-span wings of 32ft 8in (9.96m) instead of the standard full-span wings of 36ft 10in (11.23m).

By the time production ceased in July 1945, a total of 1,054 Spitfire XVIs had been built, all in the Castle Bromwich works.


Only one airworthy LF.XVI remains in active military service: TE311 is part of the Battle of Britain Memorial Flight at RAF Coningsby.

The first (high-back) XVIs had two 20mm Hispano cannon with 120 rounds each and four 0.303 Browning machine guns, each with 350 rounds. A small number of aircraft were produced with either eight Brownings or four Hispano cannon. These aircraft mostly had standard span wings. 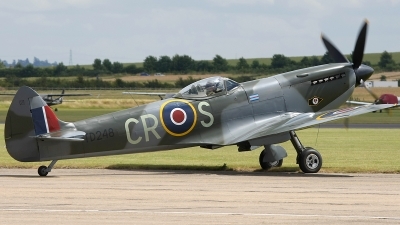 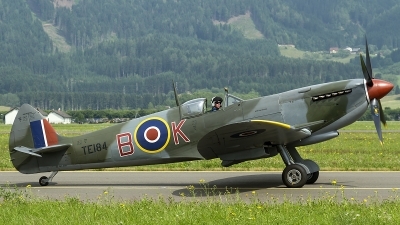 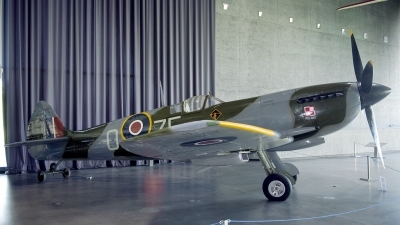 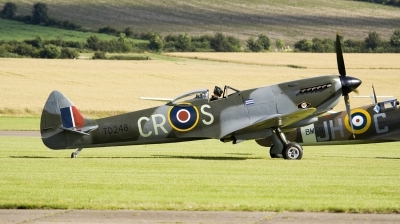 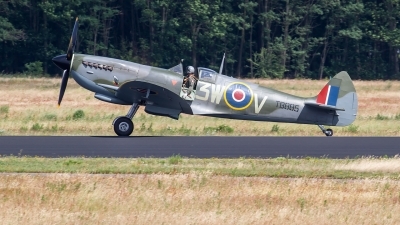 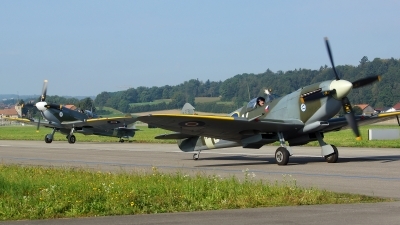