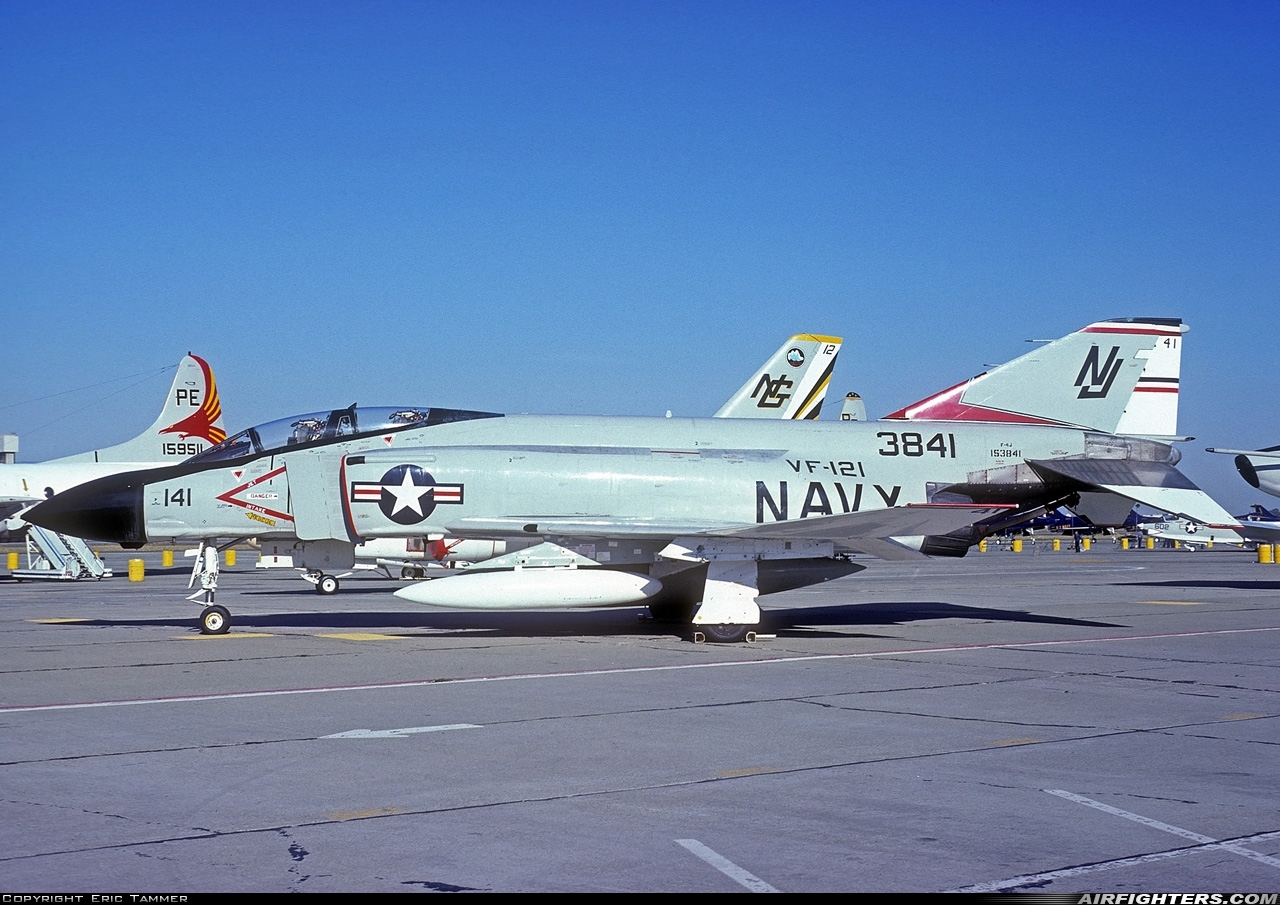 The F-4J Phantom was the final production version of the mighty Phantom for the US Navy and US Marine Corps and based on the first naval variant, the F-4B. In 1963 the US Navy drew up a specification for the F-4B follow-on, with emphasis placed on the CAP fighter role. Although the J model was planned in parallel with the F-4D for the USAF, it was in many respects a more advanced aircraft. It was also a heavier aircraft, resulting in significant airframe changes. An additional fuel cell was fitted in the rear fuselage to bring the total internal fuel capacity to 1977 USGallons (1347 USG in fuselage tanks and another 630 USG carried internally in wing tanks). However, the number 1 fuel cell was slightly reduced in size to accommodate onboard computers and other electronics.
The increase in weight necessitated a strengthened landing gear with larger mainwheels. These were stressed for recovery at 38,000 lbs, at a 23.3 ft/second sink rate. In order to accommodate these, the upper and lower surfaces of the inner wing had to be bulged outward like those seen on the USAF F-4C. As a result of the aerodynamic innovations, the approach speed was reduced from 157 mph to 144mph (136.4 kts to 125 kts).
To handle the increased weight, the F-4J was powered by a pair of General Electric J79-GE-10 engines, rated at an afterburning thrust of 17,900 pounds (79.65 kN) each. At Mach 2 at 36,000 feet the GE-10s produced more than 2,000 lbs more thrust each than these on the F-4B. The GE-10 engines were externally distinguishable by their longer afterburner 'turkey feathers', compared to those of the F-4B's GE-8A and B turbojets.

The most important feature of the F-4J however was its weapons system, centered around the Westinghouse new pulse-doppler radar, the APG-59. It was incorporated into a new integrated missile control system designated AN/AWG-10, enabling the acquisistion and tracking of both high and low flying targets. The F-4J was fitted with the AN/ASW-25 one-way datalink which made automatic carrier landings possible. This system, in an earlier version, the AN/ASW-21, had been trialled in the F-4G (these were 12 F-4B aircraft modified on the production line to incorporate the ASW-21 two-way digital datalink). The fitment of this equipment was intended to link the Phantom with AEW aircraft and ship-based radar to enable fighter/interceptor control without voice control. The system allowed to make fully automatic carrier landings.
The F-4J was equipped with the miniaturised solid-state AN/AJB-7 bombing system which provided substantially better ground attack capability over that of the F-4B. It had the capability for all-altitude release of nuclear weapons and the capability of operating the Bullpup air-to-surface missile. From 1969, Sidewinder Expanded Acquisition Mode (SEAM) was provided. This involved new wiring and the fitting of other items designed to make full use of upgraded Sidewinder missiles. The Visual Target Acquisition System (VTAS) helmet sight was fitted to Blocks 45-MC and 46-MC, and was later retrofitted to most remaining earlier aircraft. Another retrofit was the AN/ALQ-126 ECM system manufactured by Sanders, as well as the fitting of AN/APX-76 or -89 IFF equipment.

USA
The F-4J Phantom served with the following US Navy and US Marine Corps units:

United Kingdom
In 1984 fifteen former US Navy/US Marine Corps F-4J transferred to the Royal Air Force for service with No.74 Squadron, based at RAF Wattisham, Suffolk, England. The machines were prepared for the RAF at the Naval Air Rework Facility at NAS North Island, San Diego. The first three machines arrived on 30 August 1984, the last on 4 January 1985. 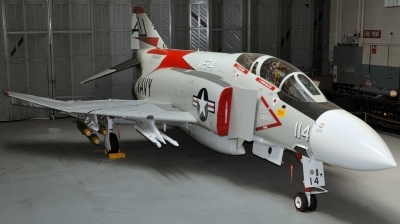 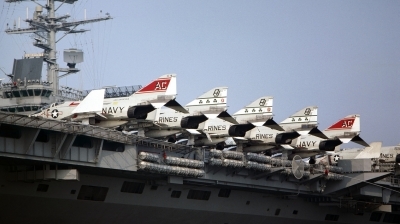 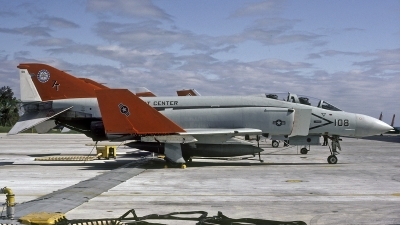 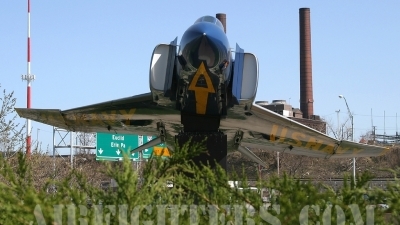 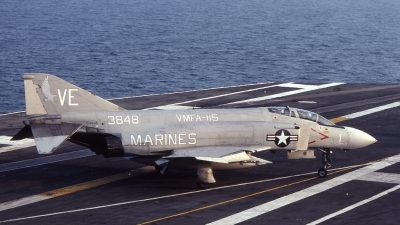 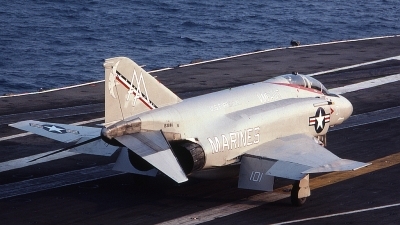