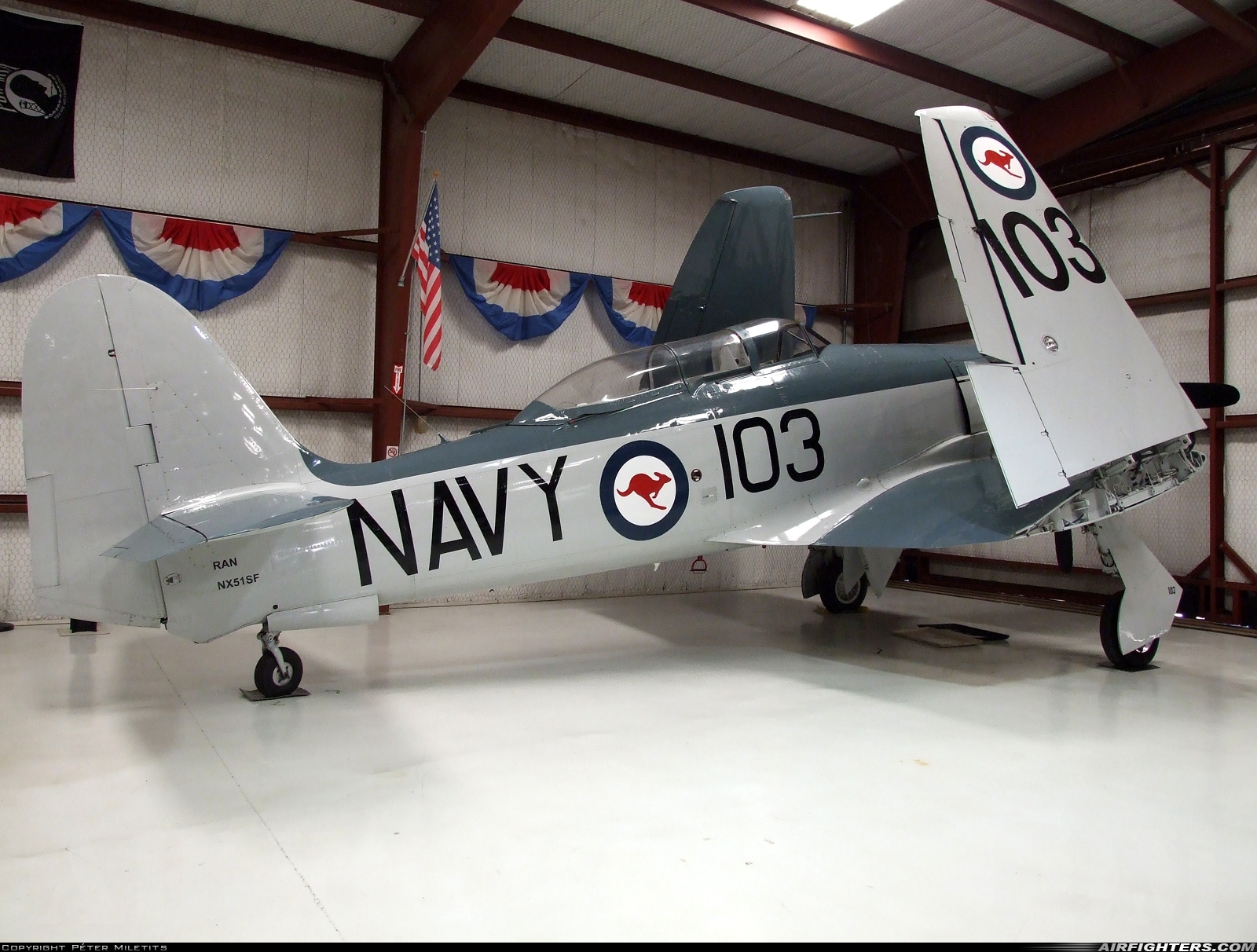 The Sea Fury T.20S* was the designation given to sixteen former FAA T.20s adapted for towing aerial targets for the German company Deutsche Luftfahrtberatungsdienst (DLB) on contract to the Bundeswehr. The company operated from Lübeck-Blankensee airport in Northern Germany.
The T.20 aircraft were modified by Hawkers at their Squires Gate facility (Blackpool) for target-towing by installing a Swiss designed impeller-driven winch system mounted on the starboard side of the centre fuselage beneath the 'tunnel' between the two cockpits. Wires were fitted to the empennage to protect, tail wheel, rudder and elevators against entanglement of the target cable. Up to 2,000 metres of cable could be reeled, offering the aircraft a relatively safe margin while conducting the so-called 'scharfe Zieldarstellung (ZD-2)' over the Baltic Sea. Among the designated areas were the waters off Todendorf on Fehmarn island and Putlos.
All aircraft were finished in an overall red colour scheme. One source quotes the colour as RAL3000 Feuerrot, another as RAL3002 Scharlachrot or Karminrot. At a later time orange to the outer wing panelling, rudder and spinner was added in RAL2005 (Leuchtorange) to some aircraft. The first aircraft were registered in the D-F... category (for single-engined aircraft between 2,000 and 5,700 kg), but as the modifications lead to a higher weight than initially anticipated, all were reregistered in the D-C... category (for aircraft between 5,700 and 14,000 kgs). Each aircraft also had a 'construction number' painted just beneath and forward of the fin's leading edge. It is reasoned, that this number was for DLB administration purposes only, with the letters 'E.S.' allegedly standing for Ernst Seibert, at the time DLB's main stakeholder.
After conversion at Squires Gate, the Sea Furies were flown to Dunsfold prior to delivery to the DLB. The first aircraft were flown to Germany in May 1958, with D-FOTE arriving there on 2 May. The last batch of Sea Furies arrived between March and August 1963. Over the years five T.20S Sea Furies were lost in accidents. In the early 1970s the iconic red Furies were replaced by OV-10 Broncos. By late 1975 only D-CACU (WG655) remained at the Lübeck base. Soon this aircraft would return to her native shores and became part of the Royal Navy Historic Flight on 29 June 1976. WG655/GN-910, in the same overall silver c/s in which she served with the Eglinton Station Flight, was severely damaged in a forced landing near Castle Cary on 14 July 1990. The wreck was sold in the USA and was eventually rebuilt.

The DLB also had on former FAA FB.11. WG599 became D-CACY in the DLB inventory. Painted in a similar red c/s as the two-seaters, the winch system was not installed in this aircraft. The FB.11 was only used for 'direkte Zieldarstellung' (ZD-1). This type of mission provided ground or ship-based anti-aircraft units with target acquisition and aiming rather than actually directing fire to the target aircraft. After retirement, the Sea Fury was on display at the Luftwaffenmuseum at Uetersen. On 22 May 1995 it was flown to Duxford as underslung load of Heeresflieger CH-53G 84+79. The Sea Fury was registered G-SEAF on 7 September 2017 to Patina Ltd/The Fighter Collection at Duxford.

*) The modified T.20 aircraft are usually referred to as Sea Fury T.20S. Some older sources identify the modification as TT.20 or even TT.20S.

The Sea Fury T.20S was unarmed.
Switch to Metric units

Germany
The sole user of the T.20S was the Deutsche Luftfahrtberatungsdienst (DLB) at Lübeck-Blankensee. The DLB operated 16 Sea Fury T.20s and one FB.11 between 1958 and the early 1970s. 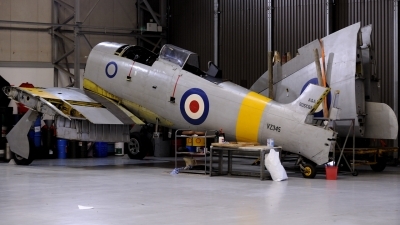 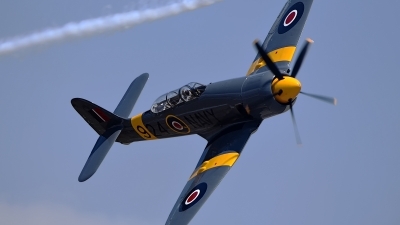 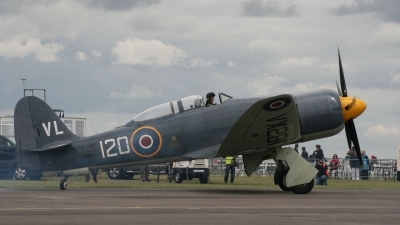 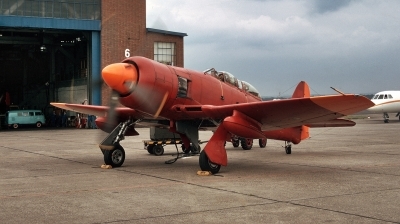 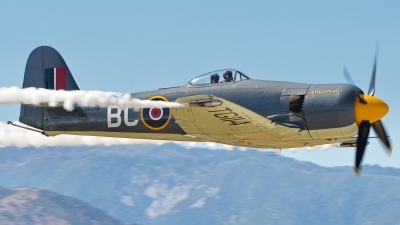 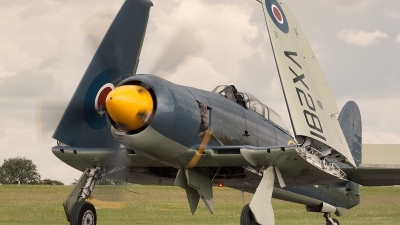