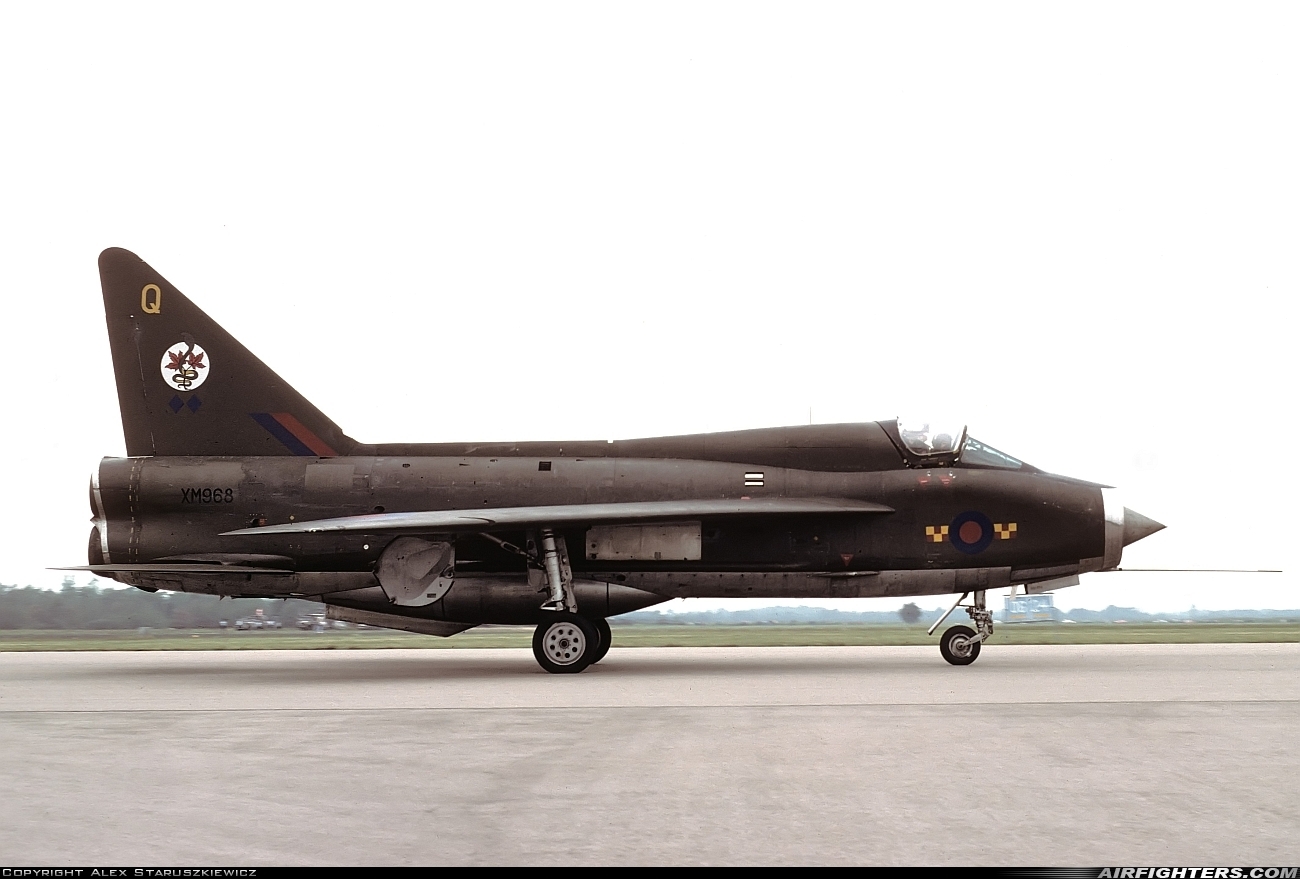 The Lightning T.4 was conceived as the dual-seat training and conversion variant of the F.1A and as such was fitted with dual flight and engine controls as well as twin radar displays. The student-pilot and instructor were seated side-by-side in Martin Baker Mk.4BS ejection seats.

The performance of the T.4 was almost identical to the single-seat aircraft and in terms of weaponry only lacked the twin 30mm Aden cannon.

The original requirement for 30 T.4 aircraft was later reduced to twenty, with the first of these, XM970 entering RAF service with the Lightning Conversion Squadron (LCS) at RAF Middleton St. George on 29 June 1962.

Two prototype Lightning T.4 aircraft were constructed by English Electric at their Preston/Samlesbury works. The first of the two, XL628 (c/n 95049), made her first flight in the hands of R.P. Beamont on 6 May 1959. A mere five months into the test and development programme the aircraft was lost on 1 October 1959. During a supersonic flight over the Irish Sea, the aircraft suffered a structural failure of the fin. The pilot, J.W.C. 'Johnny' Squier, ejected safely, but had to endure over 28 hours in the cold Irish Sea before drifting ashore in Wigton Bay, Scotland. The early two-seat aircraft suffered from structural weakness in the fins. After the loss of XL628, the prototype T.5 (XM966) crashed into the Irish Sea on 22 July 1965, as its fin disintegrated during a high speed test flight. Fortunately, both occupants, test pilot J.L. 'Jimmy' Dell and flight test engineer Graham Elkington survived.

The Lightning T.54 was in fact a slightly modified version of the RAF T.4, with most of the mods related to the cooling system, similar to those in the F.52 aircraft delivered to the RSAF. 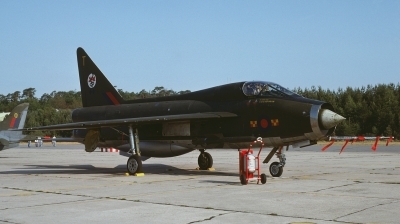 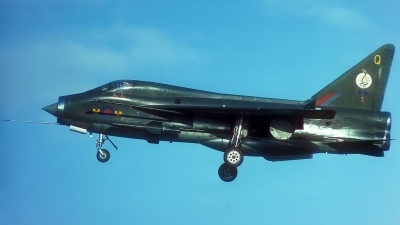 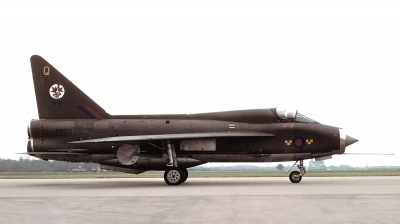 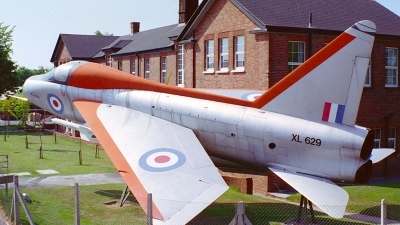