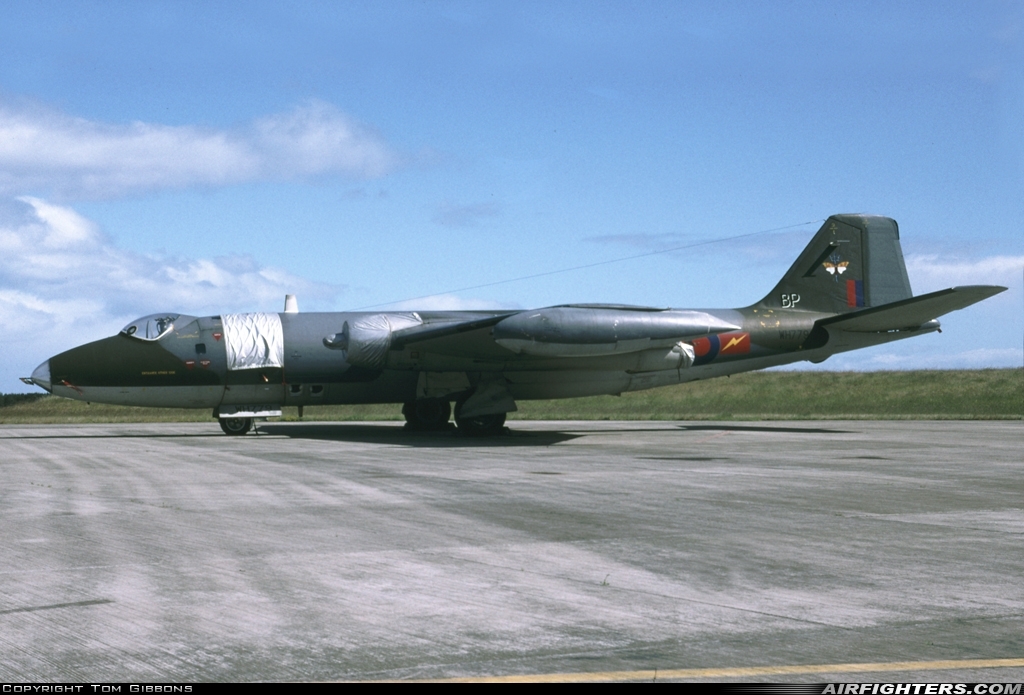 The Canberra PR.7 evolved from the Canberra B.6 and went into production at a time while the PR.3 version was still on the production line. Unlike the PR.3 the new version was able to carry fuel in the wings and was powered by the uprated Avon Mk.109 as in the B.6.

Canberra PR.7 production
In total 74 aircraft of the PR.7 were produced, all built by English Electric at Preston. The first PR.7, WH773, had actually been part of the second production batch of 24 PR.3s, but of this batch only WH772 was completed as PR.3, all other aircraft left the production line as PR.7. The first production PR.7, WH773, made her maiden flight on 16 August 1953.

As with her predeccessor, the PR.3, the Canberra PR.7 carried no weapons, but instead was armed with a battery of cameras. Mission requirements dictated the camera configuration. For day use at medium and high altitudes, six F.52 cameras and one F49 camera were installed. The forward bay could hold up to four F52s, the centre bay another two F52s or two F89s. Shutter release timing of the F52 and F49 cameras was controlled by the navigator from either his position behind the pilot or from the nose prone position by Type 35 camera controllers.
The F52 was a medium to high level camera producing 8½x7 inch negatives and could be fitted with 20 or 36inch lenses when two were carried in the front camera bay or a single F52 with a 48inch lens at an oblique angle across the front bay. An F52 with a 36inch weighed 75 lbs. Many of these cameras came from Williamson Manufacturing Company Ltd., Willesden Green, London.

The heavy F49 survey camera, weighing some 87 lbs, had a 6 inch lens, and in the Mk.I and II versions operated with shutter speeds between 1/150th and 1/250th of a second. The F49 produced 9x9inch negatives. This camera, with or without its Type 50 drift-and-tilt compensating mounting, was installed in the rear camera bay. Various lens options could be fitted depending on the role intended, provision for this being made in various height adjustable pip pin mounting holes provided.
An alternative camera combination for day use was: 4 F52s and one F49.

For photographic sorties at low level, the F95 was the primary camera. Two of these were carried each side at different angles to give maximum lateral coverage. One camera with a 4inch lens and one with an 8inch lens on each side. They could be operated at 4 or 8 frames a second (a shutterspeed of 1/1000th of a second produced 4 pictures per second and 1/2000th of a second 8 pictures per second) onto 2½x2½ inch film, producing pairs of photographs with a 60% overlap on adjacent frames. The magazines could hold film for up to 1000 frames. The main producer of the F95 has been W. Vinten Ltd of Bury St. Edmunds and London (now Thales Optronics Ltd).

Another configuration for day low level oblique photography was the installation of two F95 cameras. In the PR.7 (and in the earlier PR.3) they were only available to be fitted in the forward camera bay. Air-to-Air photography became viable for the first time from a camera controlled and aimed almost exclusively by the pilot.


For medium to high level survey flights one F49 camera was fitted.

For night use the PR.7 could be fitted with two F97 cameras, or two F89 cameras.

The F97 (Mk.II) camera was manufactured by Analytical Graphics International PLC, Croydon, camera and was designed for use at low level (between 500 and 3,000 ft) at night and at speeds between 300 and 600 kt. The camera had two 5inch lenses which operated alternately to produce overlapping aerial photographs. The negative size was 5 by 4½inch. The illumination needed was provided by 150 1.75inch photo-flash cartridges with two-second fuses (or a flare carrier of five 8inch magnesium flares), which were automatically released from a cartridge dispenser when the camera was activated. These were released by the navigator.

The F89 night photography camera carried film with a negative size of 7½x8½inch. A lens of 20 or 36inch could be fitted. Two windows in the rear camera bay were provided for the two Photo Cell units used to trigger the operation of the F89 cameras. These were both usually fitted to the port window. The F89 camera had its own F89 controller.
Switch to Metric units

United Kingdom
Royal Air Force
The first RAF unit to re-equip with the PR.7 were Nos. 540 and 542 Squadrons at RAF Wyton. They were followed by two other Wyton-based units, Nos.82 and 58 Squadrons.
Other RAF Canberra PR.7 users were: 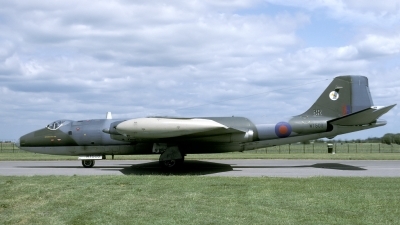 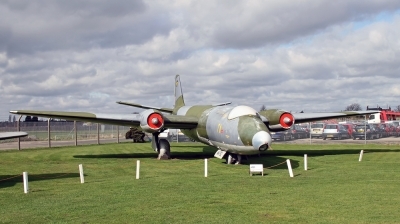 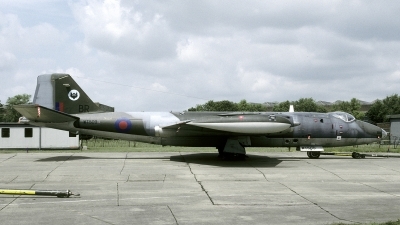 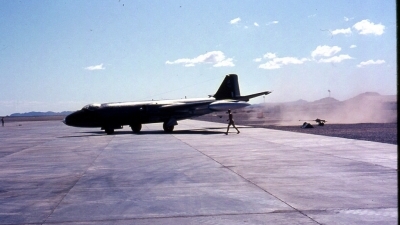 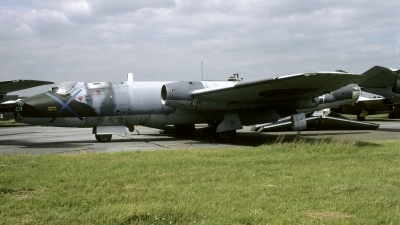 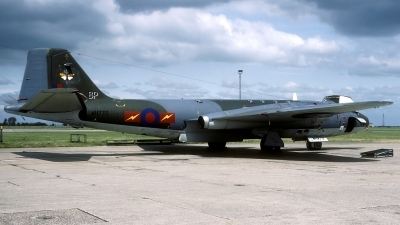