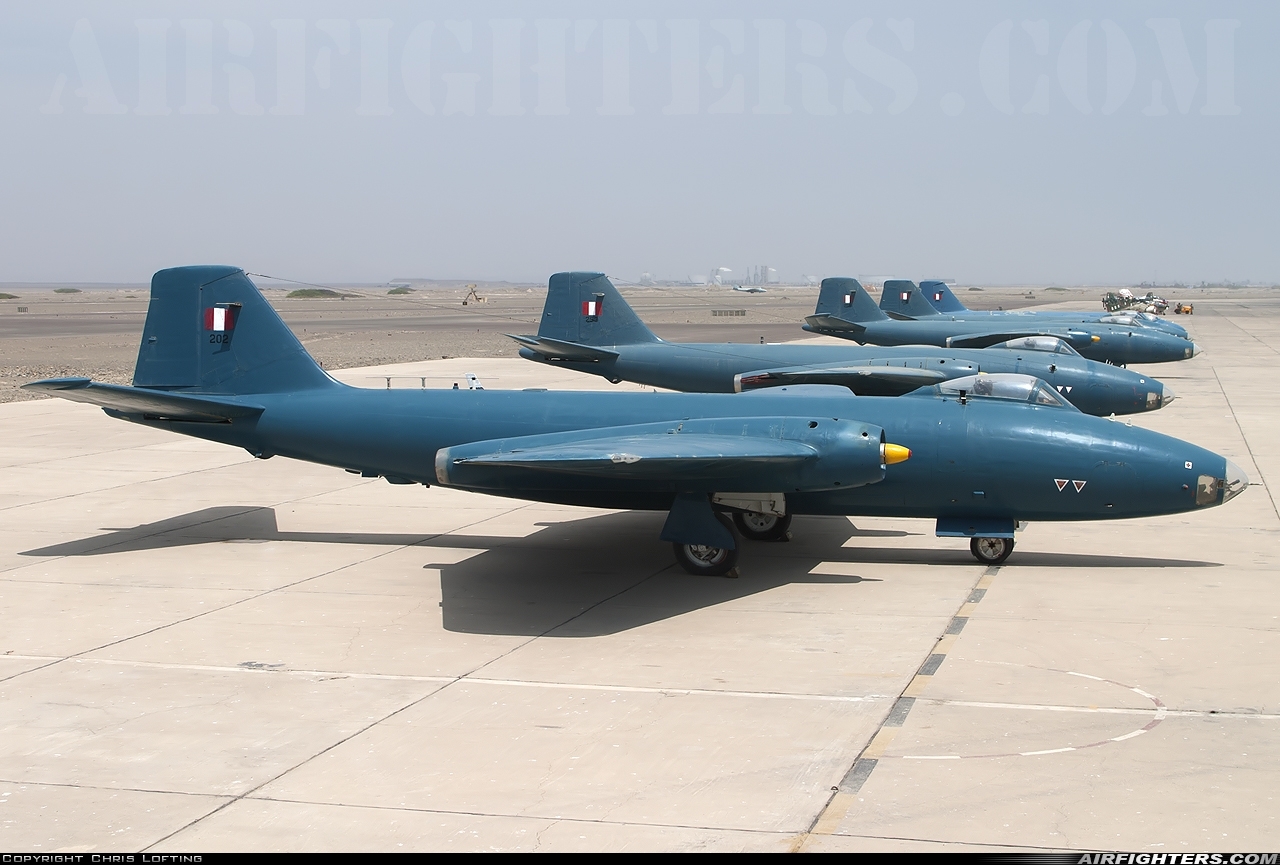 Canberra B(I).12
The Canberra B(I).12 was the 'export version' of the B(I).8 for the air forces of New Zealand and South Africa. The B(I).12 carried an additional fuel tank in the bomb bay, extending the range to 3300 nautical miles. The aircraft also featured an auto pilot system and an extra navigation kit. Canberra B(I).8 WT329 (c/n EEP71443) was to serve as the trials aircraft. The machine was flown to Seighford for modification by Boulton Paul on 9 April 1958. On completion the Aeroplane&Armament Experimental Establishment (A&AEE) at Boscombe Down undertook handling trials and prepared the pilot's notes for the type. WT329/NZ6101 returned to Boulton Paul at Seighford on 27 August 1959 for onward delivery to 23 Maintenance Unit on 3 December 1959. From there NZ6101 was flown to New Zealand and arrived at RNZAF Base Ohakea for No. 14 Squadron in October 1959.

The RNZAF B(I).12s were assigned to No.14 Squadron at RNZAF Base Ohakea in the North Island. This was the only RNZAF operational Unit. When required the Canberras were in use with the Bomber Operational Unit and the Strike Support Unit, both also based at Ohakea.

The Canberras were used in the Indonesian confrontation of Malaysia during from 1964 to 1966, when No.14 Squadron's aircraft were based in both Singapore (RAF Tengah and RAAF Butterworth) and for only a short time in Borneo (RAF Labuan).

Canberra B(I).12 production, serials and construction numbers.
One aircraft, NZ6101, ex WT329 (c/n EEP71443) was taken from an RAF order for 30 B(I).8 aircraft, but the remaining aircraft for New Zealand were all new-built aircraft, all built by English Electric at Preston, with final assembly at Samlesbury:

NZ6101 was lost as the aircraft crashed during a practice asymmetric approach to Christchurch Airport on 1 November 1960.
NZ6104 crashed on 30 November 1964 into the sea off Singapore, her crew, F/O R. Thompson and F/L J. Southgate did not survive.
In 1969 a serious manufacturing flaw was discovered in main spar of NZ6106. The machine was returned to BAC in May 1970, but repairs were deemed to costly. Some years later, in May 1976, the machine was seen in a derelict state at Samlesbury. It is thought NZ6106 was broken up that summer.


Canberra B(I).12 for South Africa
In 1963 six new-built B(I).12 aircraft arrived for service with No.12 Squadron at Waterkloof Air Base near Pretoria, South Africa.
The six SAAF aircraft were serialised 451 to 456. Although details of operational service are sparse, the Canberras were used on cross-border anti-guerilla missions over Namibia and Angola. No.12 Squadron lost one aircraft: On 14 March 1979 Canberra 452 crashed after an attack on Ongiva, 5 miles south of Cathama , South West Zambia. It is thought the aircraft was hit by ground fire. The crew, pilot Lt Marais and navigator 2nd Lt Doyle, did not survive.

In 1988 the five remaining B(I).12 aircraft were upgraded leading to an improvement in weapons delivery only to be retired from service in November 1990. The aircraft were sold to Peru in 1991.

The Canberra B(I).12 was capable to carry a varied weapons load depending on mission requirements. A SAAF B(I).12 weapons load could comprise 300 13,2 lb (6 kg) Alpha bombs (anti-personnel munition) and two 1,000 lb bombs on underwing pylons. Other combinations were:

One Matra Type 155 launcher for eighteen 2.8inch (68mm) SNEB unguided air-to-ground rockets under each wing. Four of the rockets in each laucher were inactivated to reduce damage to the wings.

Four 20mm Hispano cannon in an under-belly gunpack to the rear of the bomb bay.

The reconnaissance fit on the B(I).12s of 12 Squadron was contained in the 'canoe', the under-fuselage conformal gun pack. Cameras included the Zeiss F96, using 9x9inch wet film and typically lenses of 6, 12, 24, 36 or 48inch focal length. When required, an Omera 6inch was added. Usually three F96 cameras would be arranged in a fan, with the 6inch Omera providing a wider area covered. In the rear camera bay a F96 camera was employed mainly for battle damage assessment.

RNZAF B(I).12 could carry six 1,000 lb(454 kg) bombs internally with two 1,000lb bombs on underwing pylons. From December 1961 the aircraft were cleared to carry a Microcell Ltd fibre glass rocket launcher with 36 2inch (50.8mm) HVAR high-velocity rockets under each wing. Later the more standard Matra launchers with 18 2.8inch (68mm) SNEB rockets in each pod were used.
As in the B(I).8 an optional F95camera could be carried in the nose at the expense of the a gun sight.
Switch to Metric units

In New Zealand the decision had been taken to phase out the B(I)12 which duly took place in July 1970. The were to be replaced by the A-4K Skyhawk. The RNZAF remaining Canberras (eight B(I).12s and their two T.13 trainers (NZ6151 an 6152) were sold to India in November 1970 for service with the Bharatiya Vayu Sena (Indian Air Force):


New Zealand
The Royal New Zealand Air Force operated 11 Canberra B(I).12 aircraft. These were assigned to No.14 Squadron at RNZAF Base Ohakea.

Peru
Five former SAAF B(I).12s were sold to Peru and were delivered in December 1991 for service with Escuadron 921, Grupo Aéreo 9 of the Fuerza Aérea del Perú (FAP). This unit was based at Aeropuerto Capitán FAP Renán Elías Olivera near Pisco on the Pacific coast. Although the serial tie-ups are not confirmed, it is believed that this list is correct: 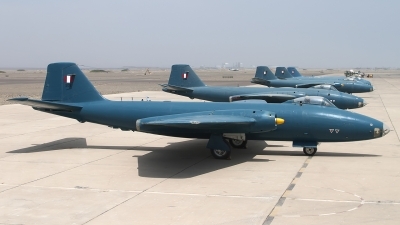 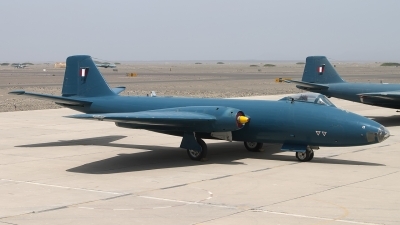