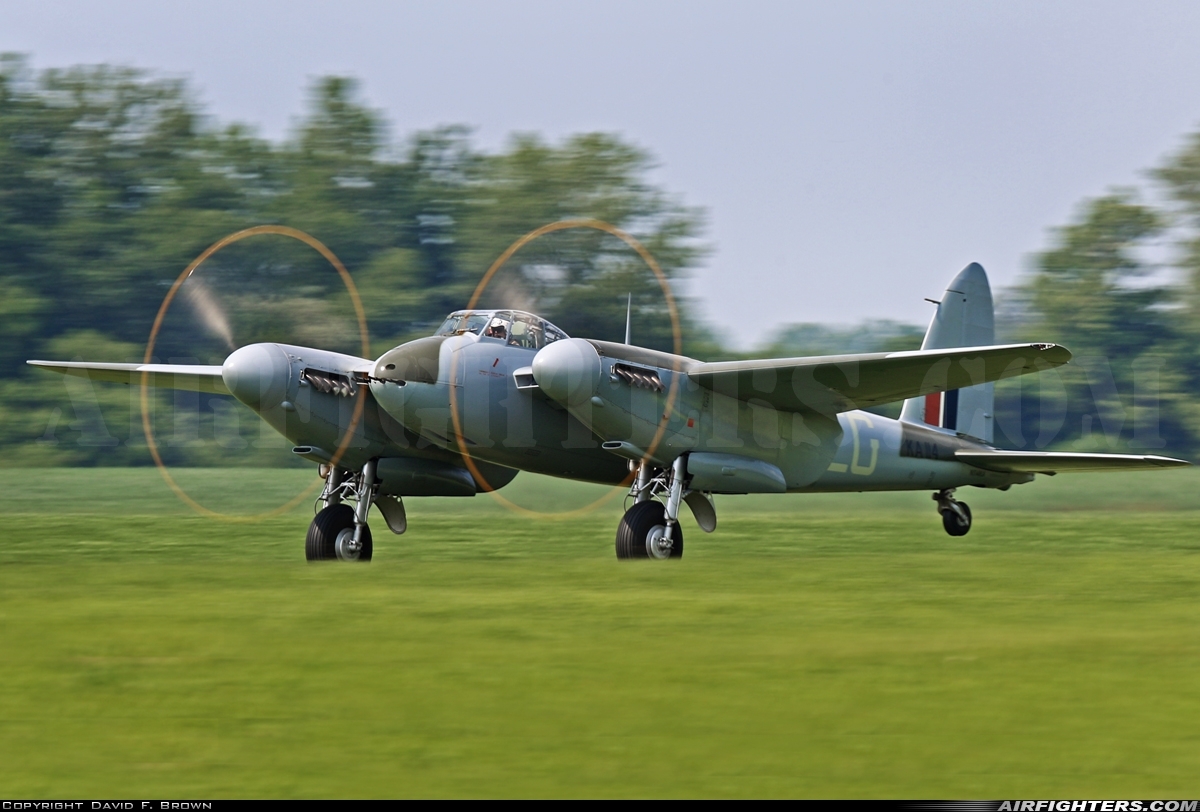 At the time of the outbreak of World War II a wooden aircraft design was theoretically an anachronism, yet the DH.98 design would soon establish itself at the forefront of military aviation. De Havilland had a long experience with advanced wood construction techniques as applied in the DH.88 Comet and DH.91 Albatross. During the summer of 1938 De Havilland had started a study to develop the Albatross into a high speed bomber, The design, smaller than the Albatross in both fuselage and wing and to be powered by two Rolls Royce Merlin engines, would be able to carry a bomb load of 6,000lb to Berlin at such a high speed, that there was no need for any defensive armament. It was only after start of the German invasion of Poland in September 1939, that the design was subjected to official investigation by the Air Ministry. Although there was much debate on the need of self-protection for the new aircraft, on 29 December 1939, De Havilland was finally authorised to proceed with the development of the unarmed fast bomber design. At that time there was an equal interest in the Air Ministry for a photographic reconnaissance version.
Design work under the direction of R.E. Bishop, De Havilland's Chief Designer, gained pace and on 1 March 1940 De Havillands were awarded a contract for 50 bomber aircraft of the DH.98, the Mosquito.

The first prototype, serial W4050, was built in a small hangar near the DH design office at Salisbury Hall. After completion, it was transported to Hatfield and on 25 November 1940, made its first flight, only eleven months from the start of the design work, piloted by Geoffrey de Havilland Junior. Another two prototypes were constructed: W4051, the PR.I prototype and W4052 the F.II prototype. W4051 made her first flight on 10 June 1941 and was handed over to the Photographic Reconnaissance Unit at RAF Wick, Scotland, the following month. W4052, the night fighter prototype first flew on 15 May 1941.

The prototype for the first bomber version, the Mosquito B.IV made her maiden flight on 8 September 1941. The first Mosquito fighter-bomber version was developed from the NF.II night fighter. As the prototype for this new version, DZ434, a converted B.IV, was selected. It took to the air on 1 June 1942 and was delivered to the A&AEE at Boscombe Down on 13 June, where it was allocated serial HJ662/G.
HJ662/G crashed on 30 July 1942 on take-off from Boscombe Down due to failure of the port engine. The Mosquito was destroyed and two Beaufighters (R2311 and R2057) severely damaged. The Mosquito crew was injured.
DZ434 was replaced on the B.IV production line by a new aircraft with the same serial. This Mosquito was lost on 22 October 1943 during a night flying practice. The No.109 Squadron aircraft crashed at Deeping St. Nicholas near Bourne in Lincolnshire. Of the Australian vrew, the pilot was killed and the navigator was thrown out of the aircraft and was able to use his parachute and land.

The Mosquito FB.26, built by de Havilland Canada Ltd at the Downsview factory outside Toronto, was the equivalent of the British-built FB.VI, the most produced variant with 2,313 examples produced. The FB.26, with mostly Canadian and US made equipment, was similar to the FB.21, the first Canadian-built variant, except for the power plants. The FB.21s were powered by the Merlin 31. Total production of the FB.26 reached 437 examples, of which 37 were converted into T.29s.

Mosquito FB.26 production*
The initial production order for the FB.26 accounted for 671 aircraft to be produced by De Havilland Canada, but this was later reduced by 232 machines. Another thirty seven aircraft left the Downsview factory as T.29. Of the 437 FB.26s produced, seven aircraft were lost in transit before reaching service.

*) The production figures given here are based on data from Air Britain's Royal Air force Aircraft (KA100-KZ999) serials books as well as Bruce Robertson's British Military Aircraft Serials 1912-1966 and his newer version (1878-1987), published in 1987 by Midland Counties and ' The DH.98 Mosquito production list' at http://www.airhistory.org.uk/dh/mosquito.html

Preserved Mosquito FB.26
All photos in the Airfighters database are of FB.26 KA114. It is the only airworthy Mosquito FB.26 in the world. It was the first Mosquito restored to flying status by AvSpecs Ltd of Ardmore, New Zealand. KA114 was entered in the New Zealand civil register as ZK-MOS on 21 September 2012, with her first flight only 6 days later. On 27 September 2012 KA114 lifted off Ardmore's runway in the hands of Keith Skilling, with David Philips and Warren Denholm completing the crew.
The aircraft is finished in the colours of 487 (New Zealand) Squadron, RAF, with code 'EG-Y'.
KA114 was shipped to the USA in early 2013 and is based with Jerry Yagen's Fighter Factory at Virginia Beach, Norfolk, Virginia. She is registered N114KA.

Formosa (Taiwan)
In 1948 the Chinese Nationalist government bought 250 surplus FB.26s for their Nationalist Air Force in the fight against the Chines Communists. The aircraft were shipped to Changhai on the Chinese mainland to be assembled there under supervision of DH Canada. As the Nationalists lost their mainland stronghold and were forced to leave for Formosa (now Taiwan). How many FB.26 came with them is not known.
It is known that nine FB.26s were used at Toronto to train the pilots. These machines were in the colours of the China National Aviation Corporation. 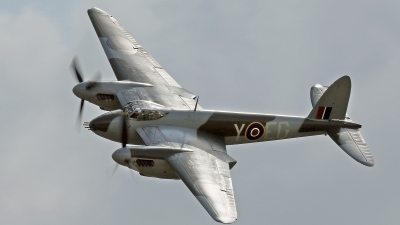 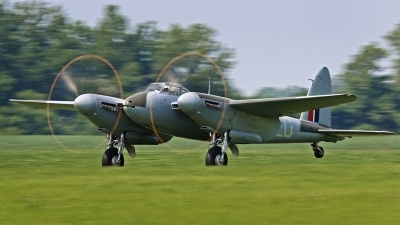 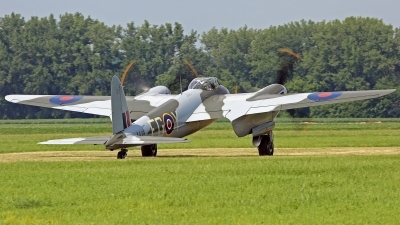 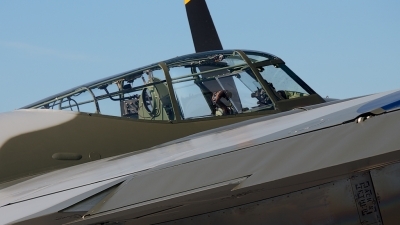 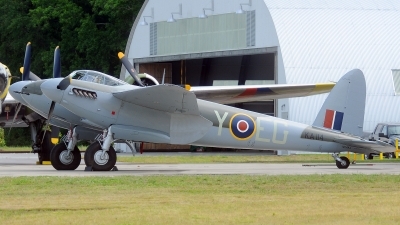 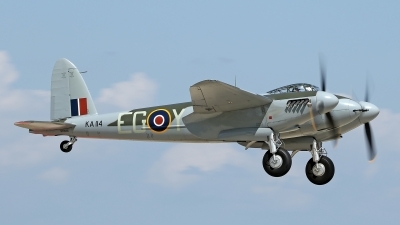