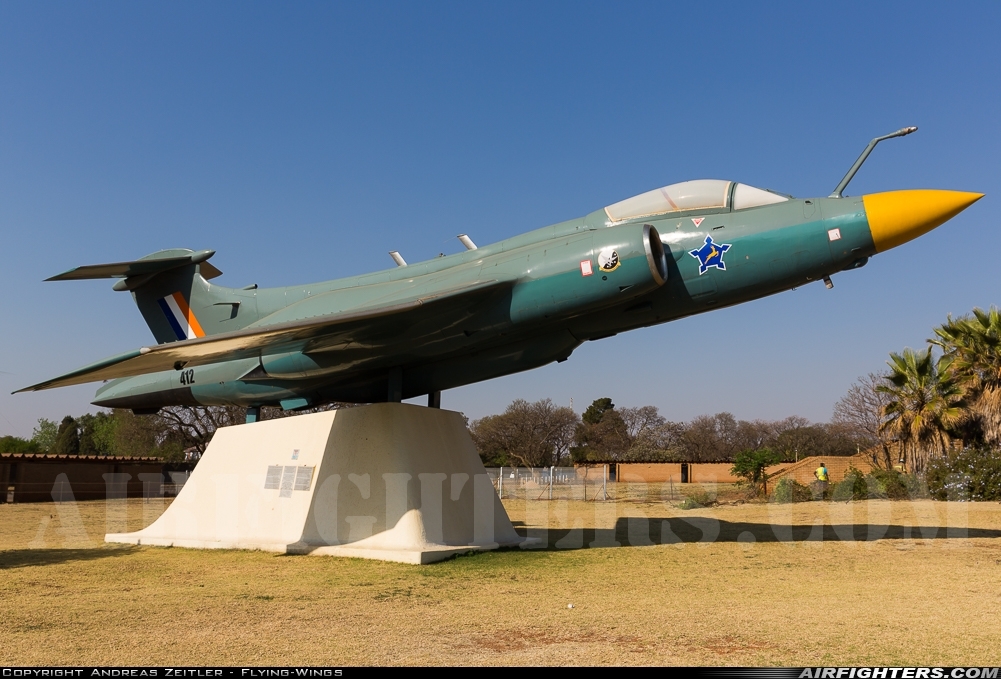 The ‘export-version’ of the Buccaneer S.2, the Buccaneer S.50, was developed as a land-based strike aircraft for the South African Air Force. In January 1963, under the terms of the Simonstown Agreement, a contract for 16 aircraft was signed. In the Simonstown Agreement Britain offered South Africa maritime equipment and weapons to defend the vital and important trade routes around the Cape of Good Hope. To secure these routes, Britain was also granted base facilities at Simonstown, near Cape Town. Part of the supply of military equipment in the Agreement were Westland Wasps and the sixteen Buccaneers.

The S.50 was basically similar to the S.2 of the Fleet Air Arm, but as an addition to the thrust delivered by the two Rolls Royce Spey RB-168-1A Mk.101 turbofans, the S.50 featured two Bristol Siddeley BS.605 rocket engines, specifically designed for 'hot and high' airfield operations. The variant also saw the removal of the hydraulically powered wing folding mechanism as on the Royal Navy S.2, though the wings could be folded manually. Under the wing a 430 Imp Gallon (1955 litres) slipper tank could be carried.

The first South African S.50 made her maiden flight from Holme-on-Spalding-Moor on 9 January 1965. The aircraft, being the sixth production Spey-engined Buccaneer produced at Brough, carried both the SAAF serial 411 and the ‘B-Class’ registration G-2-1 during the course of the test flying programme in UK skies. Part of the test flying were trials of the new rocket engines and the carriage of four Nord AS.30 ASMs under the wing. The pair of BS.605s, mounted in a retractable housing in the rear fuselage, developed 8,000 lb thrust each for 30 seconds. The BS.605 fuel consisted of a mixture of HTP (High-Test Peroxide) and kerosene from the aircraft’s own fuel supply. The total thrust available during the operation of the rockets reached to more than 30,000 lbs. The rockets were removed during a fleet modification program in 1976.
Also differing from the S.2 was the carriage of enlarged slipper tanks, each capable to hold 430 Imperial Gallons (1,955 litres) of fuel. Interestingly, aerodynamic considerations precluded the use of these tanks on UK S.2s and later S.2Bs. These retained the original 250 Imperial Gallon (1,136 litres) tanks.

From 1974 the S.50 were modified to carry the 425 Imperial Gallon (1,932 litres) integral fuel tank in the weapons bay door as on the S.2B, as well as the capacity to carry the underwing Flight Refuelling FR Mk.10 pod for use as buddy tankers to other SAAF Buccaneers or Mirage F1s.

Not too long after the signing of the 1963 sales contract, with the new Labour government of Harold Wilson in office, a change in foreign policy regarding South Africa, initially resulted in the refusal to sell the Buccaneer to the country, but after significant pressure from the South African government , a green light was given. However an option for a further batch of twenty aircraft was cancelled. Also a replacement aircraft, for 417, lost in the Atlantic during the delivery flight, was refused.

All aircraft of the South African order were built by Hawker Siddeley Aviation Ltd., at Brough, Kingston-upon-Hull. As with all other Buccaneers (except for XK486 back in 1958), the SAAF S.50s made their first flights at the company airfield at Holme-on-Spalding-Moor.

Above (from left to right: SAAF serial number; construction number / S.50 production number, with the number between brackets referring to the sequence number on the S.2 production line.

Up to eight 1,000 lb HE bombs, of which four were accommodated in the weapons bay and four on the underwing stations.

Four Nord AS.30 ASM on underwing stations. These superseded the earlier Nord AS.20 missiles.

For self-defence, the S.50 was modified in a later stadium to carry the ELT-55(ACS) electronic warfare pod.

The S.50 could be equipped with a LOROP reconnaissance pack in the bomb bay to include a Vinten camera. For night use, Natah 165mm recce flares could be used.
Switch to Metric units

Republic of South Africa (RSA)
The South African Air Force was to receive 16 Buccaneer S.50s for the equipment of No.24 Squadron at Waterkloof AB near Pretoria. As part of the crew training programme, No.24 Squadron reformed at RNAS Lossiemouth, Scotland, on 1 May 1965, with a complement of FAA Buccaneer S.1s until the first of the new S.50 became available for training and work-up. From January 1965, two SAAF crews had been detached to No.809 Squadron, FAA, to gain valuable experience on their new mount. The first S.50 for No.24 Squadron, 412, was delivered to Lossiemouth on 26 May, soon to be followed by seven more aircraft.

By October 1965 the first eight aircraft and crews were ready for the delivery flight to South Africa commencing on 31 October. Unfortunately one aircraft, 417, suffered a double flame-out between the Cape Verde Islands and Ascension Islands. The crew, consisting of Captain Martin Jooste and observer Lt Anton de Klerk, ejected safely and were later picked up by a Dutch cargo vessel. The other seven aircraft reached South Africa safely, landing at Waterkloof AB on 3 November.

No.24 Squadron was tasked with maritime duties (as per Simonstown Agreement) as well as overland operations. The unit was inolved in operations over the neighbouring states of Namibia and Angola. After a peace settlement with te latter in 1988, Buccaneer operations slowly drew to a close.
On 28 March 1991 a four-ship Buccaneer formation made a farewell flight out of Waterkloof AB, with the last flight of a SAAF Buccaneer made on 10 April 1991, when 416 was flown to Ysterplaat AB for the SAAF Museum.


Preserved Buccaneer S.50
All surviving SAAF S.50s are preserved in the country: 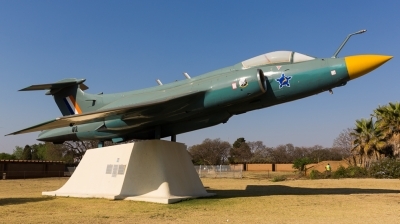 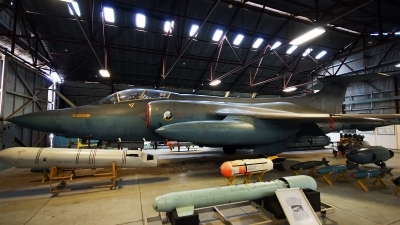