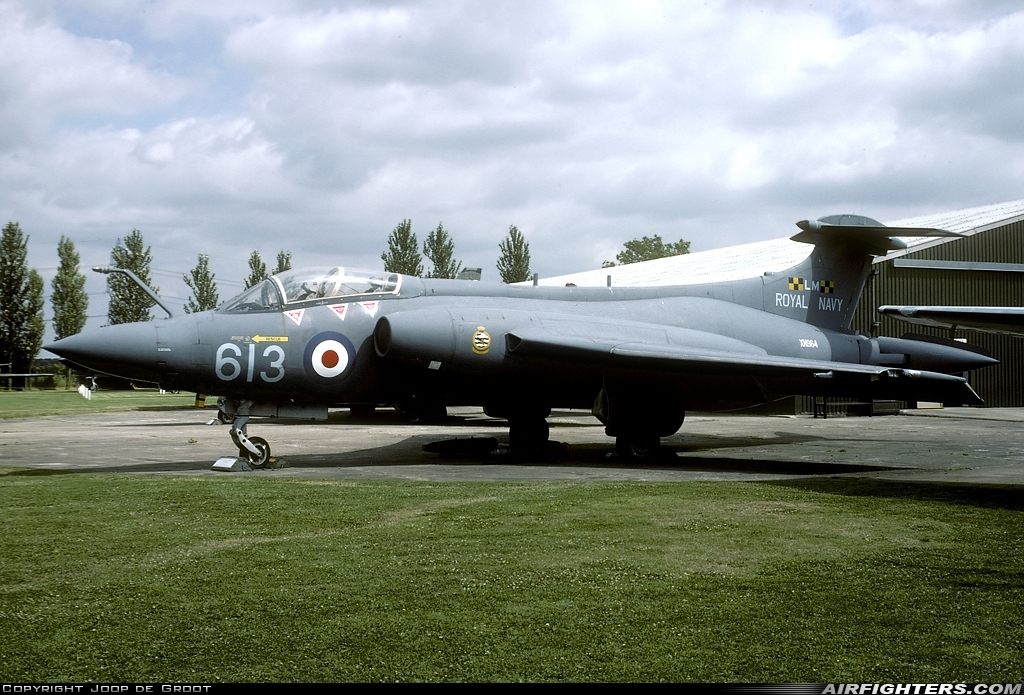 The Blackburn & General Aircraft Ltd was one of the companies submitting a design to Requirement NA.39 issued by the British Admiralty in June 1952. This called for a for a sub-sonic, strike/attack aircraft capable of delivering conventional and nuclear payloads at ultra-low level from both aircraft carriers and land bases. NA.39 specified a two-seat aircraft being able to fly at Mach 0.85 at 200 ft and was to have a range exceeding 400 nautical miles (740 km). Based on the Royal Navy requirement, the Ministry of Aviation issued Specification M.148T to cover the design in August 1952.
Blackburn’s first model tests in 1954 looked promising and by 1955, the project, now being referred to as B.103, was approaching its definitive shape. Apart from the relatively small wing, the adoption of area rule technology resulted in an effective reduction of drag and significantly reduced the amount of thrust needed for the specified speed requirement. It also made a crucial contribution to the required powerplant for the B103. One other crucial factor in the choice of engine was the use of boundary-layer control as the the operation of this system, aimed to reduce the landing speed of the aircraft, needed a substantial amount of air bled from the engine. In the early stages of the B.103, the aircraft was to be powered by two Armstrong Siddeley Sa.7 Sapphires. Meanwhile the De Havilland Engine Company was working on the 7,100 lb (31,6 kN) thrust Gyron Junior and it was this engine that was selected for B.103, even as it was realised at the time, that the amount of thrust this engine produced was marginal. On the other hand, the Gyron Junior (from 1 August 1962 the Bristol Siddeley Gyron Junior) provided the B.103 with a 35% increase in range.

By April 1958, the first aircraft (XK486) had emerged from the Brough works and transported by road to the RAE airfield at Bedford. There, on 30th April, the NA.39 made her first flight in the hands of Blackburn’s Chief Test Pilot Derek Whitehead and with Bernard J. Watson, the head of flight test, in the backseat. XK486 continued test flights in the NA.39 programme until 5 October 1960. Due to instrument malfunction, the aircraft crashed at Little Weighton near Brough. The flight test crew, G.R.I ‘Sailor’ Parker and observer C.R.C. Copeman succesfully ejected and landed safely. Sadly both men were to lose their lives in Buccaneer S.1 XN952 at Holme on 19 February 1963.

From 9th July 1958, all other (routine) flight trials were conducted from the former RAF Holme-on-Spalding-Moor, some 18 miles to the north of Brough, as the runway at the works airfield was inadequate for the new aircraft. All NA.39 development aircraft, as in fact nearly all other S.1, S.2 and S.50 aircraft were transported by road to Holme for their first flights and subsequent test work. The first aircraft to do so was XK487 made her maiden flight from Holme on 26th August 1958. From October 1967 until March 1968 the S.2B production batch, consisting of XV352 to XV360, made their first flights from Driffield, whilst the runways at Holme were being resurfaced.

XK486 to XK491 and XK523 to XK536: 20 aircraft of which the first three (XK486, 487 and 488) can be considered as true prototypes whereas the remainder were pre-production NA.39/S.1s, incorporating an increasing amount of new operational equipment. XK526 was converted later to become the S.2 prototype and XK527 to serve as the S.2D prototype prototype for the Martel ASM programme, the aircraft eventually became a long-serving weapons development aircraft, not only for the Martel, but also for the BAe Systems Sea Eagle ASM as well as the Pave Spike laser designation pod.

One of the major Buccaneer design features was the weapons bay, with the provision to accommodate four 1,000 lb bombs in pairs and side-by-side, or a single nuclear (anti-shipping) weapon, code-named ‘Green Cheese’. As a conventional bomb bay, with hinged doors, was unsuitable for high-speed weapons release, Blackburn designed a hydraulically powered 180° rotating bay in which the weapons were carried on the inside of the door itself. Apart from its aerodynamic advantages, the system allowed weapons release at any speed, with only minimal trim changes.
In the early stages of the NA.39 design, a pair of ADEN cannon were proposed for installation in this weapons bay to enhance ground-attack capability, but in the end these plans were dropped.

Instead of weapons, a reconnaissance pack could be installed in the bay, where the forward part of the pack (or ‘photo crate’) contained the cameras, with a flares pack (with 33 flare dispensers) installed in the aft section. A variety of camera combinations could be accommodated, mainly F95s with 4 inch (10 cm) or 12 inch (30.5 cm) lenses in the forward section, with two F97 cameras for night photography in the aft part of the camera pack. A forward-facing F95 was placed in a prominent blister on the underside of the photo pack.

Another option was the installation of a 400 Imp Gallon (200 litres) fuel cell in the weapons bay.

The primary attack weapon of the S.1 was the 1,000 lb (free-fall) bomb, of which eight could be carried: four in the weapons bay, with another four on each of the underwing pylons.

Modification 5031 allowed the S.1 to carry a Bullpup AGM-12B ASM on the inboard wing station.

Nuclear stores
The FAA Buccaneer S.1 units were operational in the use of the Red Beard nuclear weapon. The HE 2,000 lb MC Mk.2 No.2 version with a yield of 25 kilotons, was intended for low-level delivery by toss bombing.

By the time the WE177 weapon entered service with the FAA, the days of the Buccaneer S.1 were almost over.
Switch to Metric units

United Kingdom
The Buccaneer S.1 entered Fleet Air Arm service in March 1961 when the first two aircraft (XK531 and 532) arrived for No.700Z Flight, the Intensive Flying Trials Unit of the Buccaneer at Royal Naval Air Station Lossiemouth (HMS Fulmar) in Scotland. The Flight continued until December 1962 and became the nucleus for No.809 Squadron.

No.809 Squadron at RNAS Lossiemouth was formed from crews of No.700Z Flight and became the Strike Headquarters Squadron on 15 January 1963. On 26 March 1965 the unit was renumbered No.736 Squadron, but remained shore-based at Lossie. The unit would reform on 27 January 1966 on the Buccaneer S.2. No.809 was the last FAA Buccaneer unit and finally disbanded on 15 December 1978.

No.736 Squadron at RNAS Lossiemouth was formed on 29 March 1965 by renumbering No.809 Squadron. The unit was tasked to train pilots and observers for the front-line Buccaneers of the FAA, first on the S.1 and from May 1966 the squadron also operated the S.2. By December 1970 all S.1s had been withdrawn from service.

No.803 Squadron was the last FAA Buccaneer unit to form on 3 July 1967 as the Buccaneer Headquarters Squadron. In this role, the unit was responsible for trials of new avionics and weapons such as the WE177 nuclear weapon, then about to enter service with the Fleet Air Arm. From October 1967 crews began converting to the S.2. The last pair of S.1 had left by the end of July 1968. Just over a year later, No.803 disbanded. 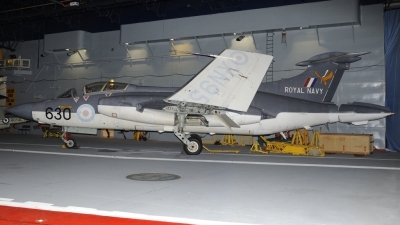 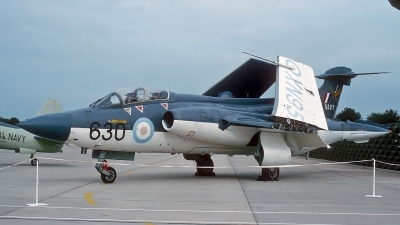 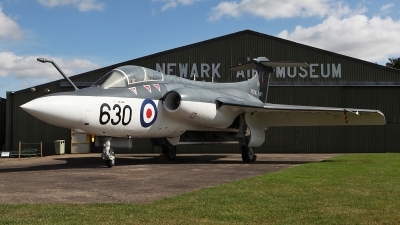 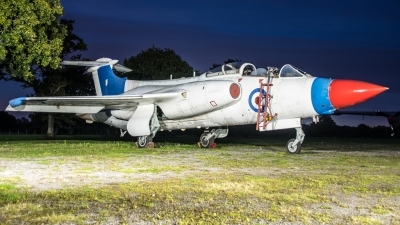 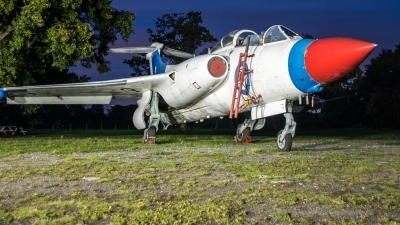